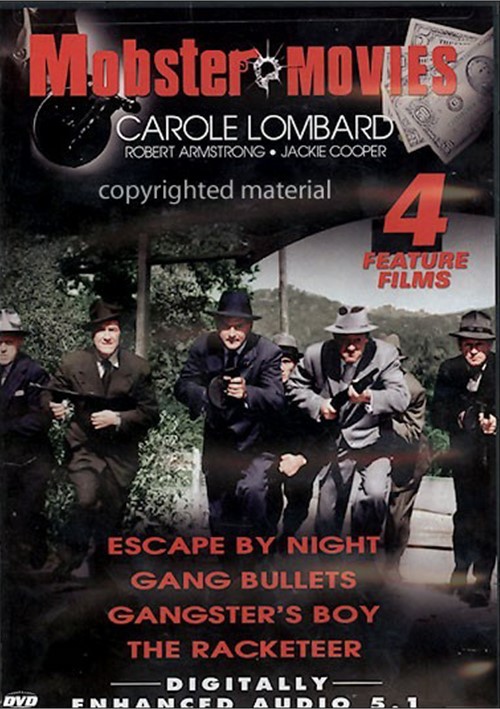 As the anti-heroes discover in this inspiring crime-drama, redemption often comes in unlikely forms from unexpected place. A group of gangsters running from the long arm of the law take refuge in an isolated farmhouse occupied by an old blind man and his faithful dog. As time passes, the criminals incur respect for the toilsome labors of farm work and begin to admire the simplicities of country life. Eventually the gang leader tells the rest of the gang to come out of hiding, but their experience with the elderly farmer has had a profound impact upon them. Consequently, they turn the mob boss in to the police and leave their criminal lives behind.

"Big Bill" Anderson (Morgan Wallace) is a mob kingpin that's as ruthless as they come. Run out of one town by the law, Anderson simply moves his empire to another. Authorities are frustrated and unable to obtain any solid evidence to lock him up, so D.A. Dexter Wayne (Charles Trowbridge) orders his assistant John Carter (Robert Kent) to go undercover and get the inside scoop on Big Bill's dirty deeds. After faking his corruption, Carter infiltrates the gang and begins to dig up evidence. Unaware of his undercover activities, Carter's girlfriend Patricia (Anne Nagel) assumes the worst, and an unshakeable cop who believes that the D.A. and mob are in cahoots takes up the case.

Larry Kelly (Jackie Cooper), a popular high school honor student, goes from golden boy to outcast when rumors begin to fly that Larry's father is a former mob man. Suddenly Larry's friends won't have anything to do with him, and the town turns hostile toward the Kellys. Though he tries to defend his dad, it's of no use - the townspeople are convinced that Mr. Kelly is a no-good criminal. Shunned and despised, Larry and his father embark upon a harrowing journey to convince the cynical community of their goodness.

Rhoda Philbrooke (Carole Lombard) makes a deal with the devil in the form of a slick-talking NYC mob mogul Mahlon Keane (Robert Armstrong). Mahlon and Rhoda are worlds apart as she is a one-time society maven who is out of money and out of luck, and he is a crime lord who has the criminal underworld at his beck and call. After the two become acquainted in a chance meeting, Mahlon offers Rhoda a proposal. If she agrees to marry him, he'll give her the money she needs to help down-and-out concert pianist Tony Vaughan (Roland Drew) return to the stage. Complications arise on the eve of Rhoda and Mahlon's wedding, however, when the piano player confesses his love for the bride - a love that she returns...