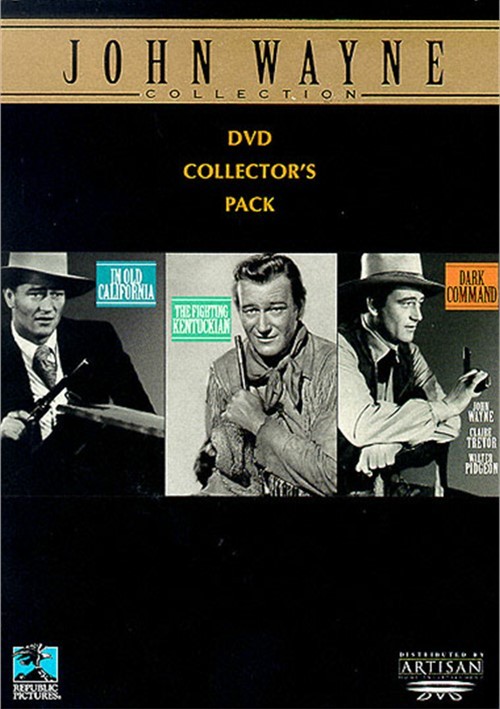 Tom, played by John Wayne, is a handsome physician in the gold-rush days of California. He discovers that Sacramento politician Britt Dawson (Albert Dekker) has become wealthy from f-rced tributes levied on ranches. Irate and incensed, he leads the ranchers in a successful revolt against the unfair taxes. In retaliation, Dawson viciously taints a tonic prescribed by Tom, and a patient is killed. Dawson hides the evidence and incites the mob into a furious rage against Tom claiming he's an unfit physician. When gold is discovered at Sutter's Mill, the announcement distracts the crowd, saving Tom from being lynched. How will the local residents feel about Tom when he's the only doctor in town especially when a terrible epidemic breaks out? Will Dawson still be able to make good on his attempts to destroy Tom? The outcome will have you on the edge of your saddle as the action builds to an exciting conclusion.

John Wayne sets the wild "frontier" ablaze in this thrilling romantic adventure! Leading a regiment of Kentucky riflemen, Wayne passes through a settlement of dispatriated French families, all wealthy refugees of war from Napolean's court. When there, Wayne's heart is captured by the French general's daughter. But a rich and powerful rival, Blake Randolph, also has his heart set on her. As the two suitors lock horns, Wayne discovers his rival has a nefarious scheme up his sleeve, and soon the courtship battle escalates into a full-scale war. It's "The Duke" at his best as the fitghting Kentuckian battles for his love and the land of the free!

John Wayne is good guy Bob Seton in Raoul Walsh's star-studded thriller set in the dark days before the Civil War. During this strained period in America's history, emotions run high and tension fills the air, especially during political contest. In the race for Federal Marshall of Kansas, Seton defeats William Cantrell (Walter Pidgeon), causing increased animosity between these two powerful figures. Their mutual ill will peaks when Cantrell steals Seton's girl (Claire Trevor), manipulating her into marriage to get even with Seton. Their rivalry reaches dangerous proportions when Seton exposes Cantrell and his guerrillas who have been raiding both Union and Confederate lines. Roy Rogers co-stars in one of his earliest film roles.