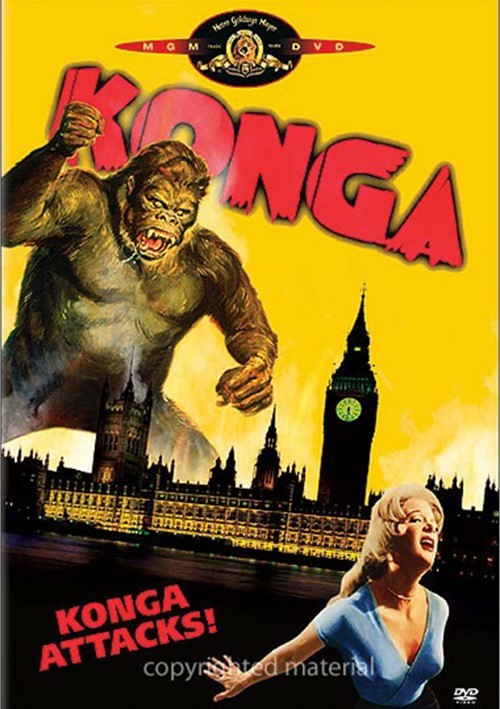 Lost in the African jungles for over a year, Dr. Charles Decker (Michael Gough, Horror Hospital) has returned to England with Konga, a baby chimpanzee. Disappearing into his lab, the mad botanist begins work on what he believes will be his greatest achievement. Having witnessed a Baganda witchdoctor's use of a rare carnivorous plant to produce accelerated animal growth, Decker injects Konga with the same serum. Using the gorilla-sized chimp to brutally murder his enemies, Decker himself soon becomes victim to Konga's uncontrollable rage. Grabbing the scientist, the berserk chimp - who's grown to monstrous size - breaks out of the lab and rampages through London, a city's whose salvation rests with the military, who's been ordered to destroy Konga at all cost.