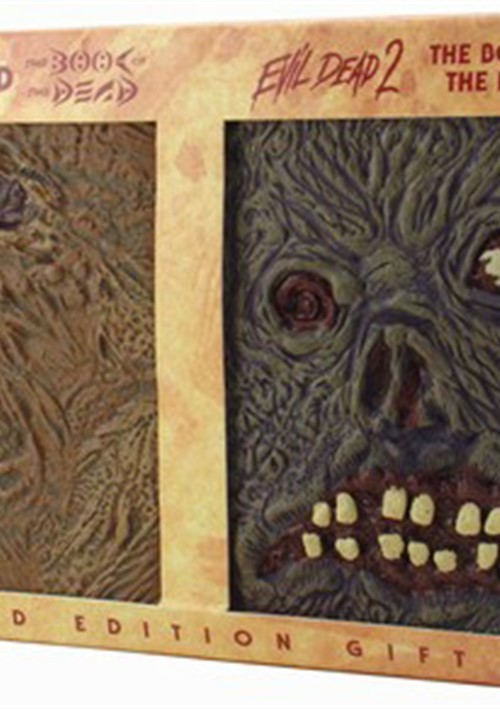 The Evil Dead: The Book of the Dead (Limited Edition)

This limited edition of The Evil Dead comes packaged in a special leather-like case that simulates the original leather bound book featured in the three movies. The title is a limited edition special feature and it will be in short supply.

The Evil Dead, director Sam Raimi's first feature film, is a true classic in every sense of the word. Originally released in 1982, The Evil Dead tells the tale of a group of friends who go to a cabin in the woods, where they find an unspeakable evil lurking in the forest. They find the Necronomicon, the book of the dead, and a taped translation of the text. Once the tape is played, the evil is released. One by one, the teens become deadly zombies. With only one remaining, it is up to him to survive the night and battle The Evil Dead.

Evil Dead 2: The Book Of The Dead 2 (Limited Edition)

The one and only Bruce Campbell stars in this mind-blowing, eye-popping, chain-sawing splatter/comedy classic from Sam Raimi (director of the Spider-Man movies). Experience all the gore-spewing havoc like never before in this Special Limited Edition that features packaging created by special effects designer Tom Sullivan and a spectacular DVD re-mastered in High Definition and supervised by Sam Raimi, plus audio commentaries, a groovy new featurette and much more!