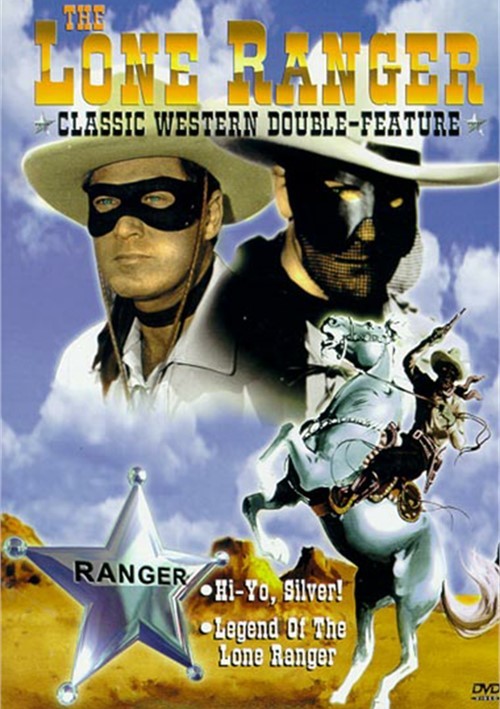 Legend Of The Lone Ranger

A band of Texas Rangers is ambushed and slaughtered by outlaw Butch Cavendish and his gang. But one man survives, nursed back to health by a Native American named Tonto. Vowing to avenge the death of his comrades, the last man disguises his identity with a mask and sets out to bring all lawbreakers to justice, starting with the Cavendish Gang. The discovery of his mighty horse, Silver, and the origin of the famous silver bullets are also depicted in this exciting history of the Masked Man drawn from three early episodes of the popular 1950s television show - Enter The Lone Ranger, The Lone Ranger Fights On, The Lone Ranger's Triumph.

That famous Masked Man rides again in this classic western, which is the abridged feature version of the 1938 Republic serial "The Lone Ranger". In a unique twist, and a departure from the continuity established by the original Lone Ranger radio program (which had been running since 1933), this film has no less than five leading men, anyone of which could be the legendary "masked rider of the plains". The five of them, with the help of the faithful Tonto (Chief Thundercloud), team up against a vicious outlaw gang headed by a low-down-varmint Mr. Jeffries (Stanley Andrews). As our masked heroes are killed off one-by-one, the mystery of the Lone Ranger's identity becomes clearer. The five masked men are played by Lee Powell, Herman Brix (aka Bruce Bennett), Hal Taliaferro (aka Wally Wales), George Letz (aka George Montgomery) and Lane Chandler.