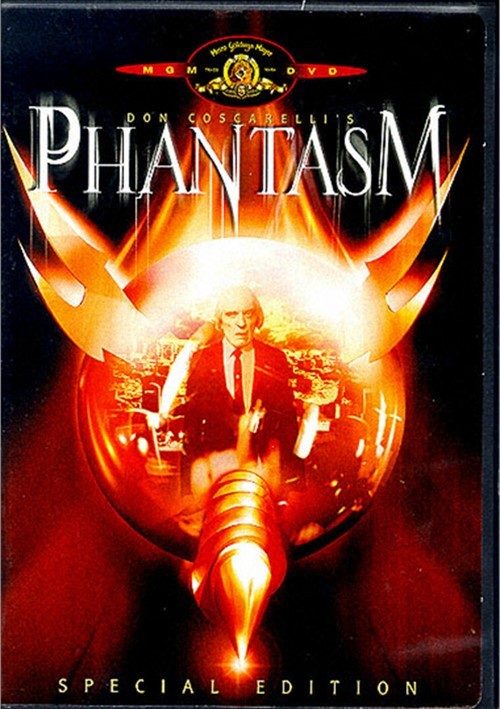 Enter the stunning and surreal world of Phantasm - where nothing is as it seems and every move you make could lead to a fate worse than death! Writer/Director Don Coscarelli delivers this sci-fi/horror classic that has spawned a cult of fans world-wide and which Newsweek calls "off-the-wall, scary and marvelous."

13-year-old Mike Pearson (Michael Baldwin) had always thought that the Morningside cemetery was a little creepy, but when he witnesses a body being taken from a grave by an undertaker with superhuman strength, he decides to investigate. What he encounters in Morningside's white-marbled halls include a grisly murder - by a flying metal sphere with a penchant for blood - a horde of cloaked mini-monsters who want Mike as one of their own - and the evil Tall Man (Angus Scrimm). Experience the ultimate nightmare: Phantasm "will scare and delight" (Variety) anyone who dares to keep their eyes open 'til its smashing finish!