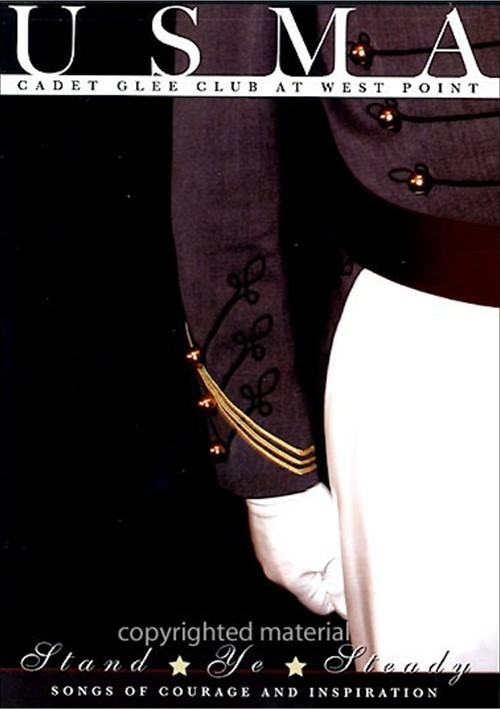 For the first time ever, the USMA Cadet Glee Club of West Point has been filmed and recorded in the magnificent 100-year-old Cadet Chapel performing 16 specially selected songs hailing the cherished values of our great country. Stand Ye Steady - Song of Courage and Inspiration was conceived and brought about to show support for all the men and women who have served and are now serving in our U.S. Armed F-rces. Actually see these brave soldiers and their leaders in historic archival video footage and photos that bring to life this very moving music. We stand steadily in their support as they sustain and defend our way of life both here and abroad, and pledge a portion of the proceeds from this project to charities assisting them.

Joining the Glee Club are two special guests - Tony Award winning Lea Salonga gives a powerfully moving performance of the Christian music classic "Via Dolorosa," and Daniel Rodriguez of NYPD fame offers a rousing performance of his hit "Into The Fire." Four of the songs, "This Christmastide," "Jerusalem," "Lest We Forget," and "On Great Lone Hills" feature the Chapel's mammoth organ - the largest church organ in the world! With arrangements by world-renowned Don Fraser, all the music was recorded in 5.1 Surround Sound, offering listeners a powerful and inspiring experience.