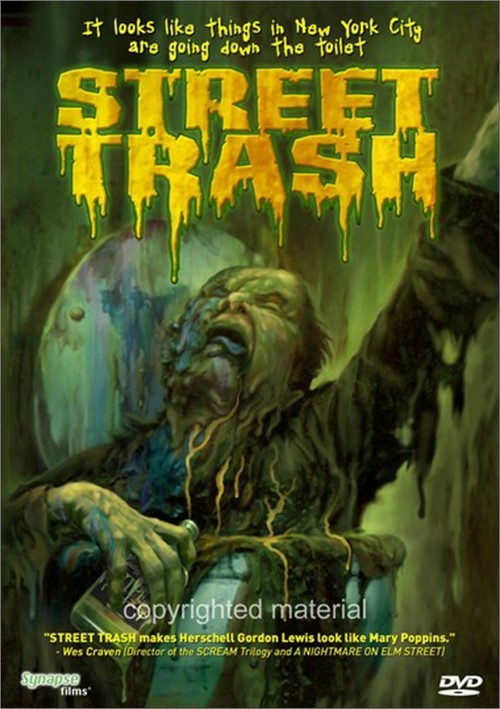 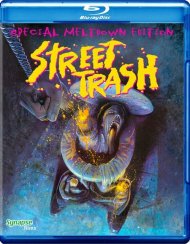 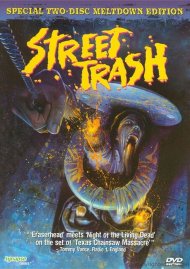 It looks like things in New York City are going down the toilet.

In the sleazy, foreboding world of winos, derelicts and drifters in lower Manhattan, two young runaways - Fred (Mike Lackey) and his young brother, Kevin (Mark Sferrazza), live in a tire hut in the back of a vast auto wrecking yard.

Life is hard for these two, but by far the most lethal threat to these boys is the case of Tenafly Viper in Ed's liquor store window. Ed found the cheapo wine behind a wall in his basement. The stuff's forty years old, and it's gone bad...real bad! Anyone who drinks it melts within seconds! And it's only a dollar a bottle! The bums are lining up for their deaths like moths at a flame, and Fred is standing right there among them!

Street Trash is the subversive cult classic horror-comedy that rode the last wave of super-gore in the late '80s before the curtain fell on such outrageous material and we entered an era of safe, 'R' rated horror flicks and endless, unoriginal remakes. Synapse Films is proud to present Street Trash in a fully-uncut High-Definition transfer from the original camera negative.