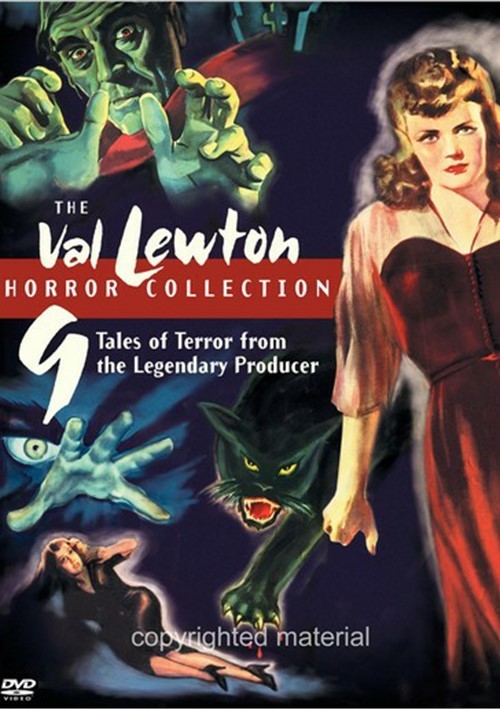 9 Tales of Terror from the Legendary Producer

Isle Of The Dead /Bedlam

The most celebrated star in the history of screen horror headlines these two atmospheric works filled with producer Val Lewton's trademark mix of mood, madness and premeditated dread. Boris Karloff shares a quarantined house with other strangers on a plague-infested - perhaps spirit-haunted Isle of the Dead. St. Mary's of Bethlehem Asylum in 1761 London is the setting for Bedlam. Karloff gives an uncanny performance as the doomed overseer who fawns on high-society benefactors while ruling the mentally disturbed inmates with an iron fist. Mark Robson, who edited three films for Lewton and directed five, guides both films.

I Walked With A Zombie / The Body Snatcher

Literary classics become screen horror classics when given the Lewton touch. Take the gothic romance of Jane Eyre, reset it in the West Indies, add the direction of Jacques Tourneur (Cat People) and the overriding terror of the living dead and you have I Walked with a Zombie. Frances Dee plays the nurse who witnesses the strange power of voodoo. Boris Karloff plays the title role in the Lewton adaptation of Robert Louis Stevenson's The Body Snatcher, directed with subtle calculation by versatile Robert Wise. A doctor (Henry Daniell) needs cadavers for medical studies and Karloff is willing to provide them one way or another. Don't miss his scene with fellow horror icon Bela Lugosi.

Cat People / The Curse Of The Cat People

The studio gave Val Lewton small budgets and lurid pre-tested film titles. Lewton, working with rising filmmakers and emphasizing fear of the unseen, turned meager resources into momentous works of psychological terror. Directed by Jacques Tourneur, Cat People is the trailblazing first of Lewton's nine horror classics. Simone Simon portrays a bride who fears an ancient hex will turn her into a deadly panther when she's in passion's grip. Simon returns in The Curse of the Cat People, a sequel in title and a landmark study of a troubled child in fact. Robert Wise makes his directing debut, co-helming a gothic-laced mix of fantasy and fright so astute it was used in college psychology classes.

The 7th Victim / Shadows In The Dark

Six people have broken a clandestine group's code of silence. The same six have died as a result. Now a new member of the group has gone missing. Will she meet the same fate? Chris Autry in Time Out Film Guide says: "The Seventh Victim is [Val Lewton's] masterpiece...a remarkably effective mix of menace and metaphysics - half noir, half Gothic." Kim Hunter debuts as a schoolgirl whose search for her vanished sister unearths an urban lair of devil worshippers. Mark Robson directs the first of his five Lewton films, bringing dark foreboding to moments that include a much-noted pre-Psycho~~ shower scene and a shocker of a subway encounter better experienced than read about here.

The Leopard Man / The Ghost Ship

Is it man, beast or both behind a string of savage maulings and murders in The Leopard Man? An escaped leopard provides the catalyst for a foray into fear in which castanets clack wildly, a cemetery is a rendezvous for death and love, and a closed door heightens rather than hides the horror of a young girl's fate. It's the third and final teaming of producer Lewton and director Jacques Tourneur (Cat People). And there's danger dead ahead when director Mark Robson (Bedlam) helms The Ghost Ship. Richard Dix (Cimarron, The Whistler series) plays the sinister captain whose port of call may be madness. All aboard!

Isle Of The Dead /Bedlam
Commentary on Bedlam by Film Historian