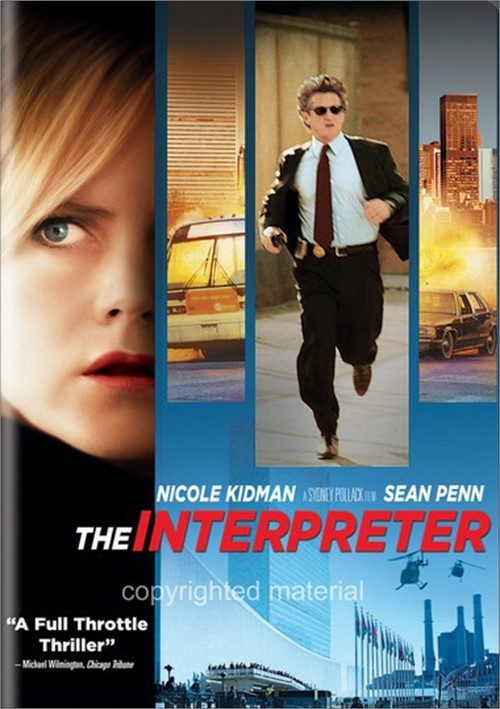 Academy AwardÂ® winners Nicole Kidman and Sean Penn star in the action-packed thriller, The Interpreter. In one of the hidden corridors of power at United Nations headquarters, translator Silvia Broome (Kidman) overhears a potentially explosive secret about a planned assassination attempt. But when federal agent Tobin Keller (Penn) investigates her claim and digs deeper into Silvia's dangerous past, he begins to question whether she is a victim - or a suspect. From OscarÂ®-winning director Sydney Pollack comes the riveting, edge-of-your-seat story of international intrigue that Ebert & Roeper give "Two thumbs up!"

The Ultimate Movie Set: The United Nations
A movie industry first - the cast and crew of The Interpreter lead you through the never-before-filmed rooms of the UN headquarters.

A Day In the Life of Real Interpreters
From conversation to confrontation, meet the people who enable communication among nations.

Sydney Pollack at Work: From Concept to Cutting Room
Check the gate with director Sydney Pollack as he explains the challenges of filming The Negotiator

Interpreting Pan and Scan vs. Widescreen
Get an exclusive director's perspective on how choosing y our film format can bring a new cinematic dimension to the story.

Reviews for "Interpreter, The (Widescreen)"