Bolivar Soy Yo (Bolivar Is Me) 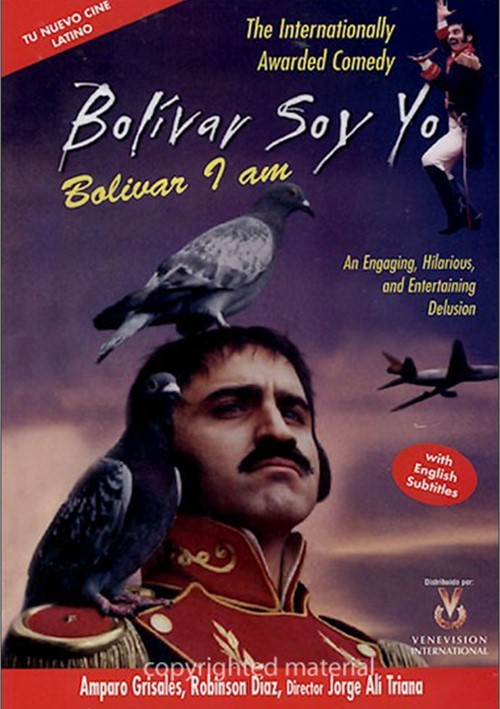 An Engaging, Hilarious, and Entertaining Delusion

The actor, Santiago Miranda, frantically abandons the production set of the popular soap opera "The Lovers Of The Liberator" because he doesn't agree with the script considering it a misunderstanding of history and instead flees toward delusion. Balancing between lucidity and madness, the actor aspires to rewrite and direct the remaining episodes of the soap opera in order to illustrate the real vision and dream of Bolivar. Miranda is also determined to finish Bolivar's dream of creating the "Great Columbia": a strong and unified state consisting of 5 Latin-American countries that would combat the institutional chaos, lack of opportunity and ignite the rebuilding of a region that faced over 160 years of internal war. Wrapped in his own delirium and in the eyes of every nation, Miranda kidnaps the President of Columbia and tries to lead a revolution. However, Miranda's never dying passion for his beloved Manuelita Saenz will have an impact on his mission. Bolivar Soy Yo is a humor film that portrays with great irony and sourness the cruel, violent, wonderful, strange and unwanted world in which all Latin Americans of the 21st century live in.

Review "Bolivar Soy Yo (Bolivar Is Me)"

Reviews for "Bolivar Soy Yo (Bolivar Is Me)"