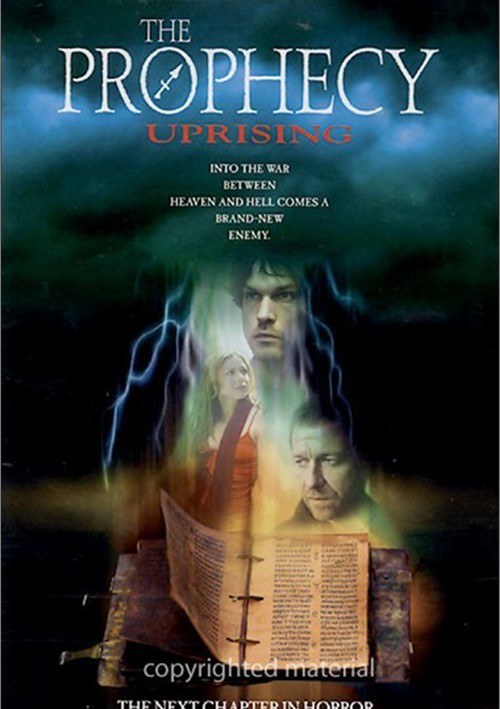 Into The War Between Heaven And Hell Comes a Brand-New Enemy.

The next chapter in the wildly popular Prophecy series, The Prophecy: Uprising is a spine-tingling supernatural thriller starring Kari Wuhrer (Eight Legged Freaks, Hellraiser: Deader), Sean Pertwee (Equilibrium, Formula 51) and Doug Bradley (Hellraiser franchise)! Not all prophecies have already been written. The Lexicon is an ancient religious manuscript that continues to write itself and reveal the mysteries of the future. When it lands in the hands of an unsuspecting young woman, she is suddenly thrust into the center of an epic battle between ruthless fallen angels who will move heaven and hell to learn the secrets contained in the Lexicon! With its sexy young cast and loads of incredible bonus material, this must-have addition to your collection will thrill you to your soul!

Reviews for "Prophecy, The: Uprising"