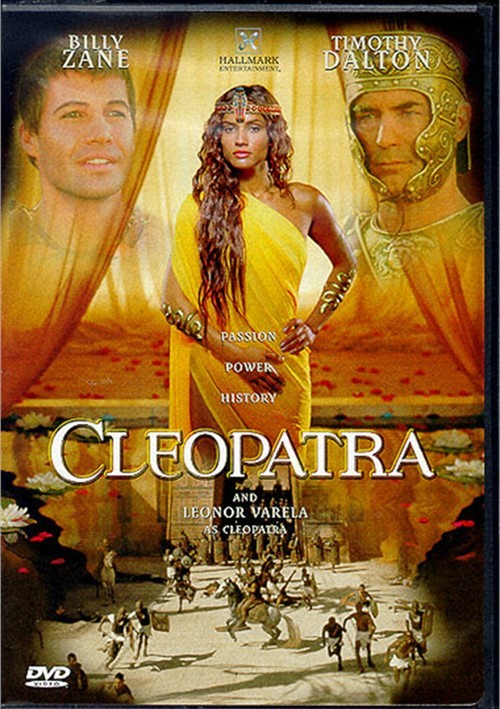 For over two-thousand years, the legend of the beautiful Queen of the Nile has stirred the imagination. Ascending to the throne at a mere seventeen years of age, Cleopatra (Leonor Varela) ruled as Egypt's last Pharaoh for twenty-two years. Easily winning the heart of Roman Emperor Julius Caesar (Timothy Dalton), they embark on a two-month voyage down the Nile and quickly become devoted to each other. She bears him a child whom they call Caesarion.

Keeping a close eye on the relationship, the Roman Senators conspire to assassinate Caesar. His death devastates Cleopatra. In her grief, she turns to Marc Antony (Billy Zane), a Roman she can trust. Their alliance angers Rome even more and war is declared on Egypt. Cleopatra and Marc Antony's fate becomes sealed in each other's arms as the Roman army closes in. Beautifully directed and stunningly photographed, CLEOPATRA reigns as one of the greatest love stories in history.