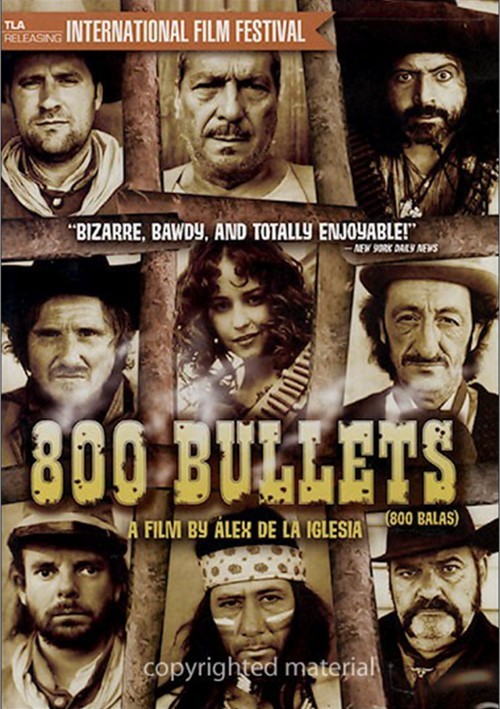 Imagine the love child of Sergio Leone and Mel Brooks midwived by AlmodÃ³var and you get 800 Bullets, a wickedly wacked-out western fantasy by the baddest bad boy of Spanish cinema, Ãlex de la Iglesia. Ten-year-old Carlos has run away from home to find his grandfather in the deserts of central Spain, the setting for all those glorious spaghetti westerns of the 1960's. Grandpa Julian (Sancho Gracia) had been Eastwood's stunt double and now stars in a run-down western tourist park populated by washed-up stock-character misfits who can't give up the long-gone limelight. When Carlos' uptight real-estate mogul mom (Carmen Maura) buys the land and sends in the riot police to clear them out, Julian and his gang stage one last all-out overt-the-top shoot-out between good and evil.

The Making of 800 Bullets