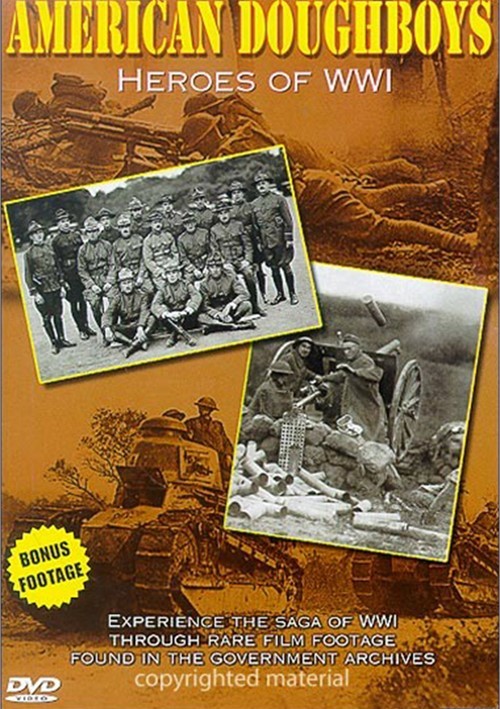 Experience the saga of WWI through the rare film footage found in the government archives.

On June 28, 1914 an assassin's bullet struck down Austro-Hungarian Archduke Ferdinand in the Balkan capital of Sarajevo. One by one the nations of the European network declared war on one another, while America remained neutral. But neutrality was short lived. On May 7, 1915 America's sentiment turned when German U-Boats torpedoed and sank the British steamer Lusitania claiming 124 American lives. Then, on April 6, 1917, President Wilson declared war and the Doughboys went into action.

Back home in New York, you'll experience the momentous victory celebration led by General John J. Pershing. But this ominous peace time would veil the coming events of an even greater war in less than a generation.

Reviews for "American Doughboys: Heroes Of "