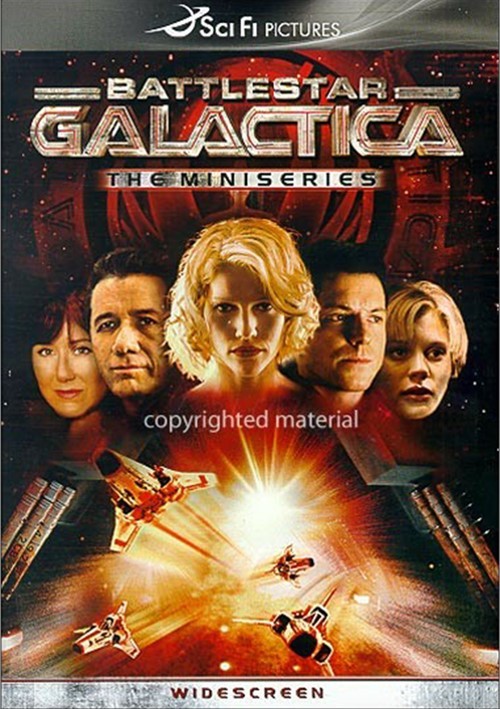 Forty years after the Cylon Wars, humanity's deadliest enemies have reemerged with a vengeance. In a sudden, devastating nuclear attack, the Cylon robots - who have now taken human form - wipe out billions of people. Only a handful of Colonial f-rces are left to shepherd the few survivors to safety. Commander William Adama (Edward James Olmos), the highest-ranking military officer left alive, reactivates the Battlestar Galactica top once again face humanity's greatest nemesis.

Outnumbered and outarmed, Adama reluctantly concedes that the newly sworn-in President Laura Roslin (Mary McDonnell) is correct - this battle was lost before it had begun. With no choice but to flee, the ragtag fleet of survivors and humanity's only hope set out in search of the mythic 13th Colony of Kobol...a legendary planet known as Earth.

Reviews for "Battlestar Galactica: The Mini"