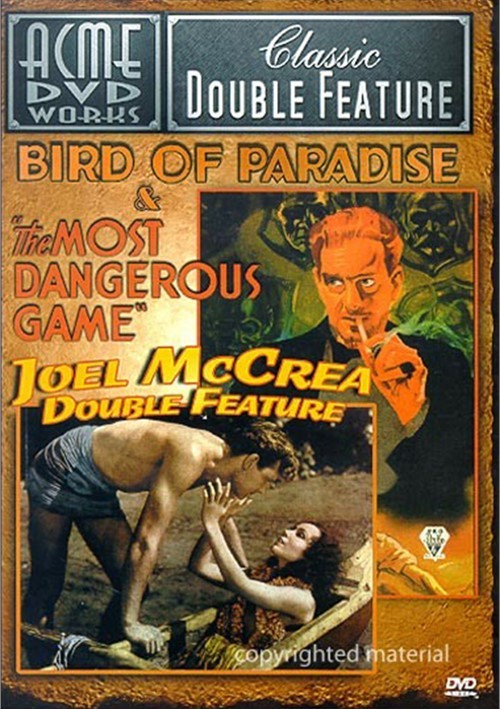 This Joel McCrea double feature DVD begins with "Bird of Paradise". In this south sea island adventure a beautiful native girl is rescued from a volcano by a man aboard a yacht. He falls in love with her, wishing he could stay, but he has to overcome many obstacles. The second feature, "The Most Dangerous Game," is one of the tightest, action-filled 62 minutes in movie history! A crazed Russian expatriate hunts people who shipwreck on his deserted island for sport... but McCrea and Wray are tougher prey than he expects. Note: "The Most Dangerous Game" was filmed almost simultaneously with another RKO classic "King Kong" and shared many of the same sets and personnel.