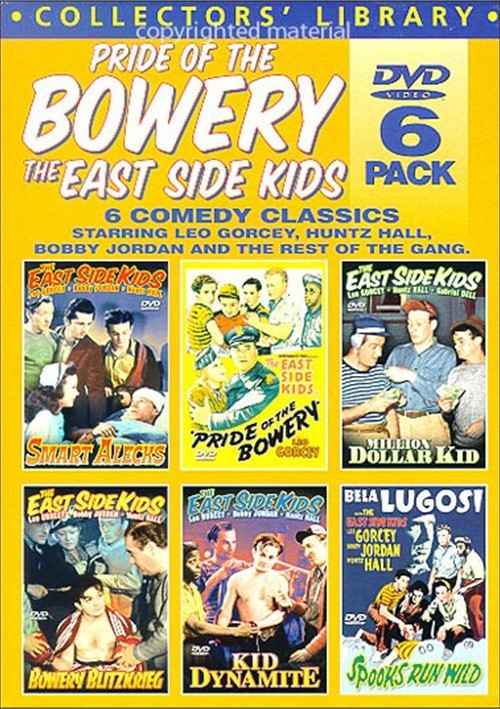 Pride of the Bowery

Enjoy the swaggering antics of the East Side Kids when Muggs Maloney strives to succeed as boxing champion during the Depression.

When Danny is seriously injured by thugs, the gang battles against the clock to bring the gangsters to justice.

When the East Side Kids foil the mugging of a prominent citizen, skeletons emerge from the closet.

A classic East Side Kids' comedy. Leo Gorcey, Huntz Hall and the boys try to save Bobby Jordan's life after his is hot by gangsters.

Muggs is kidnapped by cut-throat gamblers to prevent him from fighting in a boxing competition. When Danny is picked as Muggs' replacement, a feud between the two escalates into an all-out war.

Review "East Side Kids: Pride of the B"

Reviews for "East Side Kids: Pride of the B"