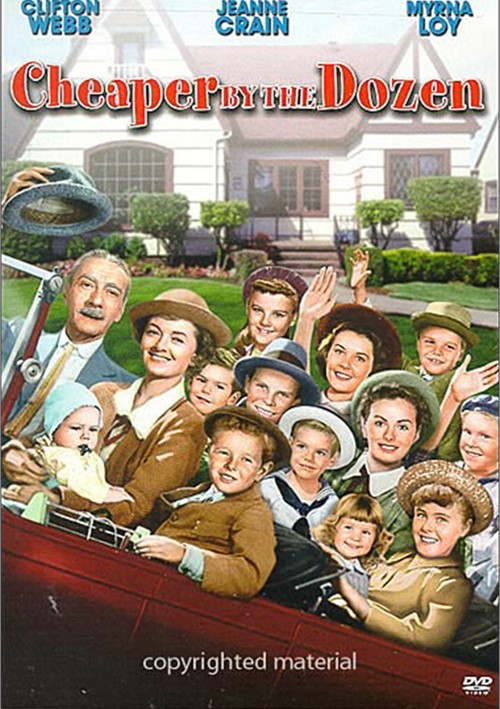 In this touching yet hilarious comedy, Clifton Webb stars as Frank Bunker Gilbreth, a turn-of-the-century efficiency expert who tries to apply his exacting work standards to raising his children - all 12 of them! Based on the bestseller by children of the real Mr. Gilbreth, this charming film that's "alive with big laughs" (Los Angeles Times) co-stars Myrna Loy as Gilbreth's patient wife Lillian. Narrated by the Gilbreth's oldest daughter Ann (Jeanne Crain), Cheaper by the Dozen is an entertaining, charming film that follows this unique family throughout their life together.

Belles On Their Toes

The endearing story of the Gilbreth family continues in this charming sequel to the family classic Cheaper by the Dozen. Screen legend Myrna Loy (The Thin Man) returns as Lillian Gilbreth, an industrial engineer and now widowed mother of twelve rambunctious children. It's a hilarious but sometimes heartbreaking adventure as Lillian struggles to keep the family together, even as she pursues a career against all odds in the early part of the century. Your family will love the good clean fun of this heartwarming and nostalgic comedy gem.