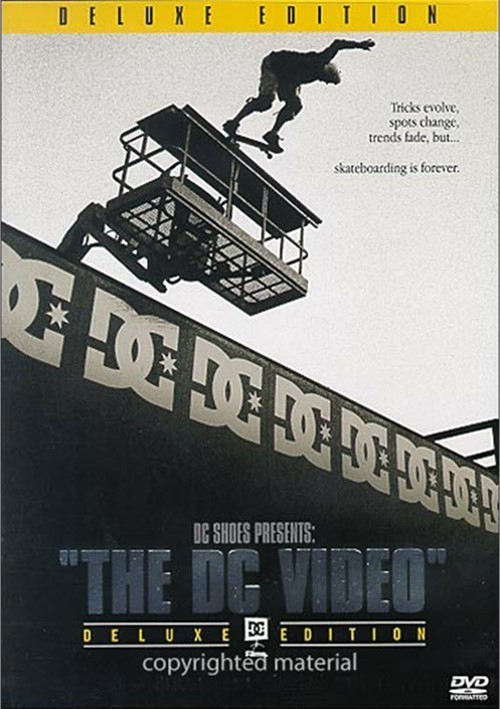 Over three years in the making. The DC Video features the talents of one of the most dynamic teams in skateboarding. Individually, DC's skaters have had a staggering impact on the sport. Now, for the first time, their diverse talents come together for DC's first ever skateboarding video. Filmed on location around the world, including Los Angeles, San Francisco, Philadelphia, Vancouver, Europe, and Australia.

New Footage
Previously Cut footage
Behind The Scenes At The Mega Ramp
Drydek Security, The Second Chapter
The DC Video Premiere Tour
and much more