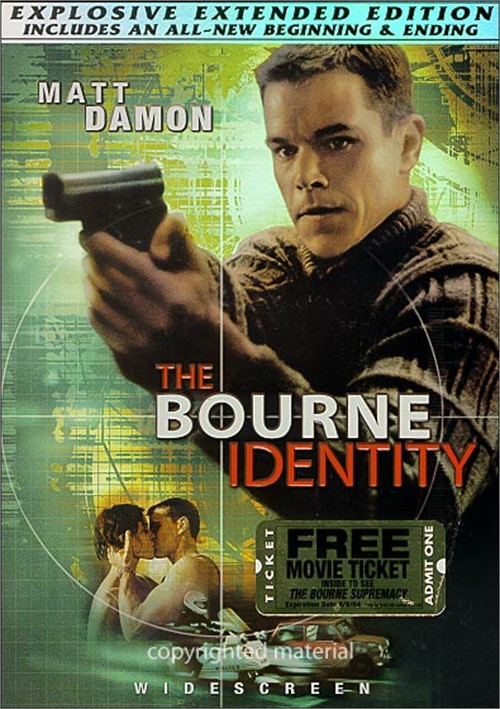 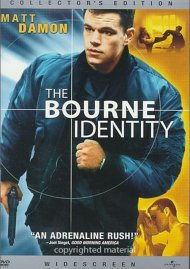 Academy Award Winner Matt Damon stars in this explosive, action-packed hit filled with incredible fight sequences. Found with two bullets in his back, Jason Bourne discovers he has the skills of a very dangerous man and no memory of his violent past. Racing to unlock the secret of his own identity, he discovers the deadly truth: he's an elite government agent, a 20 million dollar weapon the government no longer trusts. Now this top operative is the government's number one target in this super-charged, thrill-a-minute spectacular loaded with "non-stop action!" (Bill Zwecker, FOX-TV)

New Additional Bonus Materials Include:
Matt Damon: From Identity to Supremacy: Exclusive interviews with Matt Damon and Frank Potente explore making The Bourne Identity - and build a bridge to the spectacular upcoming sequel, The Bourne Supremacy.
Deleted Scenes: Declassified Information
Inside a Fight Scene: Join Matt Damon on the set as he and the film's stunt choreographer map out the explosive action-packed U.S. Embassy fight sequence!
Cloak And Dagger: Covert-Ops: CIA Liaison Chase Brandon delivers a detailed, real-world analysis of the making of a super-spy.
The Bourne Diagnosis: A renowned UCLA psychologist probes into the intriguing causes and effects of Jason Bourne's amnesia and its central role in this gripping espionage thriller!
The Bourne Mastermind: A compelling look at the best-selling author of the internationally acclaimed Bourne Trilogy

Reviews for "Bourne Identity, The: Explosiv"