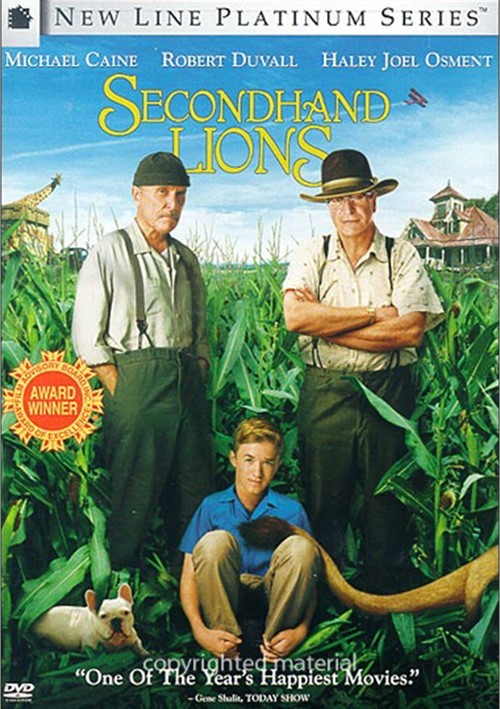 "One of the year's happiest movies."-Gene Shalit, Today Show

For young Walter, (Haley Joel Osment), being stuck in his "crazy" uncles' farm is the last place on earth he wants to spend the summer. First, shocked by their unconventional behavior, including ordering an African lion through the mail, Walter soon gets caught up in their mysterious past. The rumors that his uncles (Academy Award winners Robert Duvall and Michael Caine) were bank robbers or maybe even worse are hard to believe, but they do seem to have an endless supply of cash!

Little by little, an amazing story comes to life - filled with adventures in exotic lands involving kidnapped princesses, Arabian sheiks and lost treasure. These tales not only bring him closer to his uncles but also teach him what it means to believe in something... whether it's true or not.