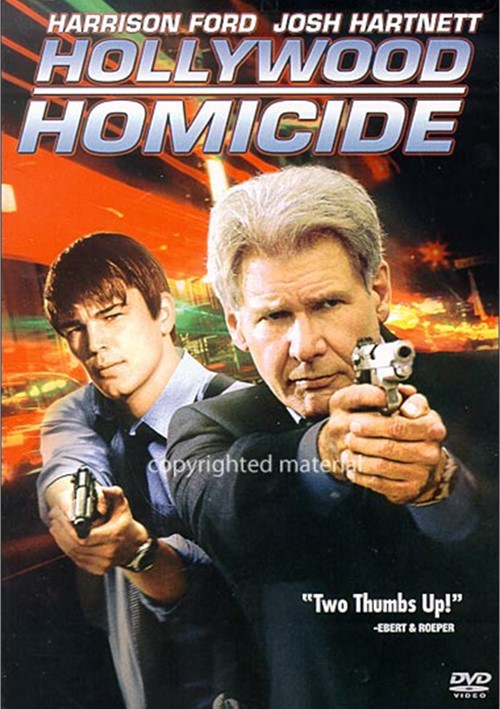 "Hollywood Homicide will keep you on the edge of your seat with it's adrenaline-pumped action." -Earl Dittman, Wireless Magazine

From Oscar-nominated Ron Shelton (Best Writing, Original Screenplay, Bull Durham, 1989) this hot action comedy is guaranteed to keep you on the edge of your seat...and in stitches. Starring Harrison Ford and Josh Hartnett, Hollywood Homicide redefines teh buddy-cop genre. In Hollywood, no one is who they really want to be. Veteran police detective Joe Gavilan (Ford) and his rookie partner K.C Calden (Hartnett) are no exception. Between Joe's struggling real estate business and K.C.'s fledgling acting career and yoga instruction, they've got a major murder case to solve. With both Internal Affairs and their main suspect on their tails, Joe and K.C. have to infiltrate the dangerous world of the hip-hop recording industry. Juggling two careers proves to be a comical adventure, with Joe and K.C. desperate to stay alive long enough to catch their big break.