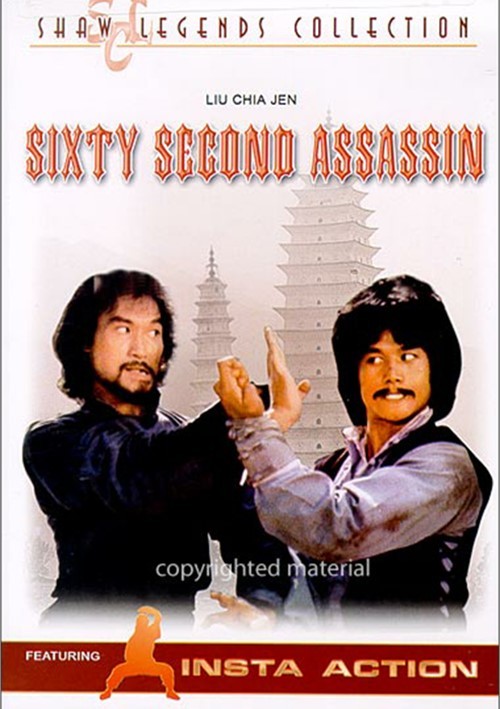 Minute Fong earned his name as the top killer of killers by disposing of his targets in less than a minute. He is the most feared man in the underworld.

Shunned by society and even his family, Minute Fong informs the Underworld King (Liu Chia Jen-Thundering Mantis, Sl--ping Fist, Fearless Dragon) that he plans to retire and lead a simple life away from crime.

But the Underworld King doesn't let anybody off that easy...

Shaw Legend Liu Chia Jen plays the villainous role in the film, which is not unusual. He began his Shaws career in villainous parts, and later advanced to heroic stature after he left the studio and began independent film work.

Sixty Second Assassin boasts a top notch cast from Hong Kong and Taiwan. The action segments are nothing short of spectacular and exquisite. A true classic in kung fu movie making!