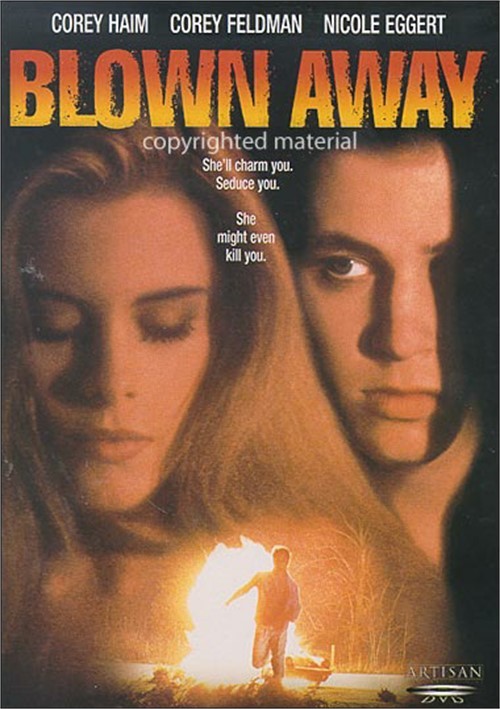 She'll charm you. Seduce you. She might even kill you.

Corey Haim (The Lost Boys), Corey Feldman (Gremlins) and Nicole Eggert (television's Baywatch) star in this erotic thriller about young love gone dangerously wrong. Rich (Corey Haim) works as an activities director at a fashionable resort in order to earn money for college. He meets the blonde and beautiful Megan (Nicole Eggert) and soon discovers she is not your average seventeen-year-old. Despite the warning from his older brother Wes (Corey Feldman), Rich plunges into a dangerous and obsessive affair with Megan. But Megan has more on her mind than love. She has plans for the future that could include murder. Is Rich the man who can help make her dreams come true, or a pawn in her game of deceit?

Reviews for "Blown Away"