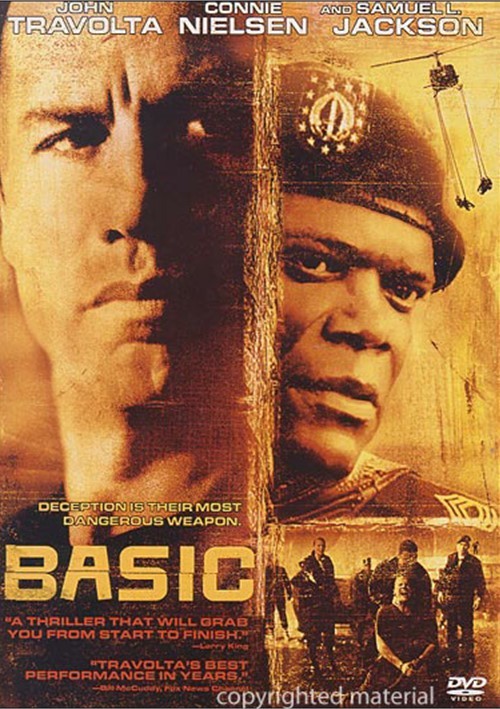 Deception is their most dangerous weapon

A DEA officer (Travolta) is recruited to investigate the mysterious disappearance of a famed U.S. Army drill instructor (Jackson) and a group of cadets on a routine military exercise in the jungles of Panama. But the journey to uncover the truth leads to some dangerous and unexpected places when two rescued survivors tell dramatically different versions of what transpired.