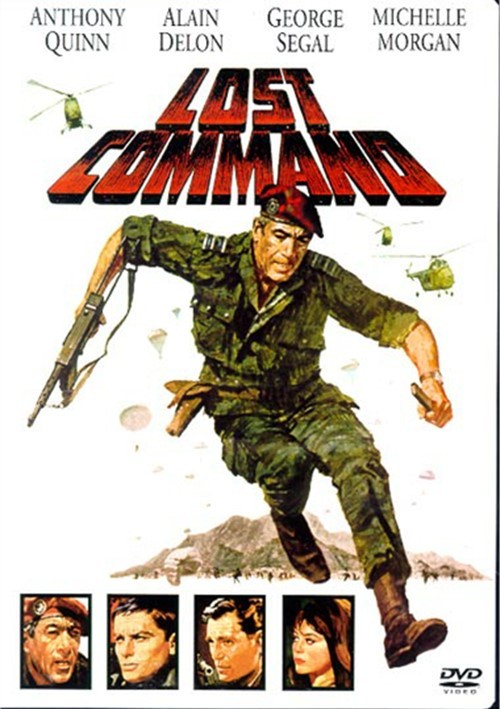 Academy AwardÂ® winner Anthony Quinn gives one of his best performances as Lieutenant Colonel Pierre Raspeguy, a hardheaded officer determined to become a hero at any cost in this dramatic war saga. After Lt. Col. Raspeguy leads his defeated and humiliated French army out of Indochina, he learns that he's been relieved of his command. He gets another chance to prove himself when he meets and falls in love with a French countess (Michele Morgan), who finagle a new position for him in Algeria. There Lt. Col. Raspeguy persuades two wartime buddies to join him in shaping up a ragtag unit. Eventually he is f-rced to confront an Arab terrorist (George Segal) attempting to oust the French from Algeria. Now in his desperate struggle to achieve victory, Lt. Col. Raspeguy launches a bloody battle against the terrorist rebel f-rces. With strong technical merit and outstanding performances throughout, Lost Command vividly illustrates man's inhumanity to man for the sake of personal glory.