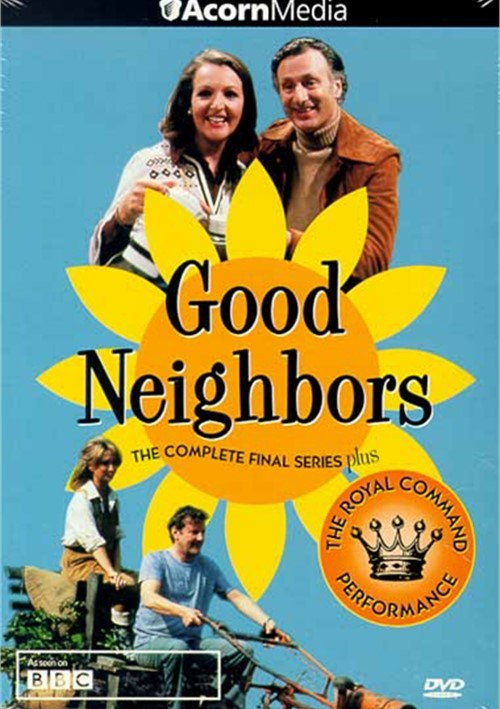 The Complete Final Series And The Grand Finale Special Episode Of This BBC Comedy Classic.

Just how different can neighbors be and still be neighborly? While the Goods struggle to live off the land without leaving their suburban London home, the snooty Leadbetters struggle with living next door to the down-to-earth Goods. Here are the final seven episodes plus The Royal Command Performance, a special episode filmed before a live studio audience of VIPs, including Queen Elizabeth and Prince Philip. The Queen is shown arriving at the studio and greeting the cast and crew members after the taping.

Away From it All- Jerry and Margo really want to help but can Tom and Barbara let them?

The Green Door- Tom and Barbara fear the worst when they see Margo making covert visits to a house in town.

Our Speaker Today- Barbara discovers a hidden talent for public speaking and Tom gets take for a ride by a chicken.

The Weaver's Tale- Tom buys a loom and Margo buys a spinning wheel.

Suit Yourself- The Goods produce their first home-made clothing while Jerry angles to replace Sir.

Anniversary- On the anniversary of Tom and Barbara's decision to become self-sufficient, things go from bad to worse. Should they call it quits?

When I'm 65- As both couples confront fears about aging, Tom challenges Jerry to a race to see which of them is more fit.