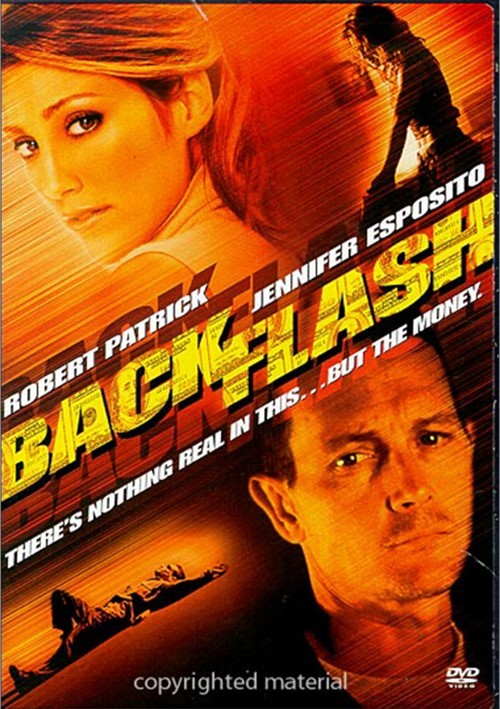 There's nothing real in this... except the money.

Jennifer Esposito (Don't Say a Word, Dracula 2000) and Robert Patrick (TV's The X-Files, Spy Kids) star in this suspenseful thriller about one woman's cunning plot to pull off the biggest heist of her life... and how nothing goes as planned! While on a mission to reclaim the stash of money she stole from a high ranking gangster, tough ex-con Harley (Esposito) decides that mild mannered Roy (Patrick) will be the perfect patsy to reel into her dangerous scheme. But as they run from the mob and head for the border, Roy and Harley discover that sometimes the one you trust the most should never be trusted at all! Also starring Melissa Joan Hart (TV's Sabrina the Teenage Witch) and Colm Melaney (Mystery, Alaska), Backflash is an exciting ride through a deadly underworld!