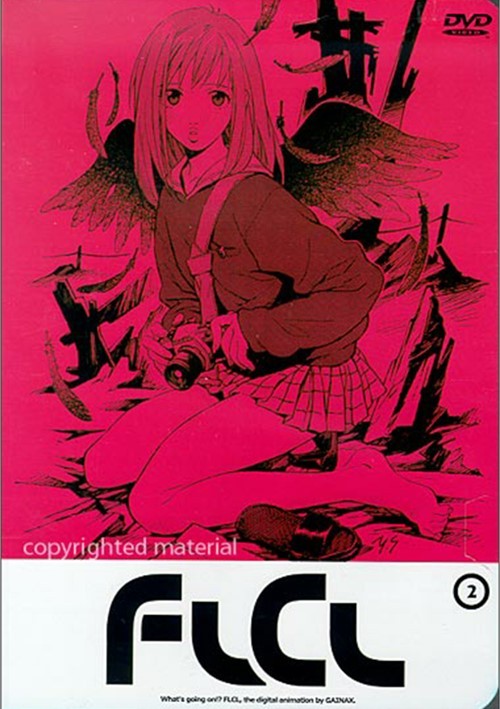 What's going on? FLCL, the digital animation by Gainax.

With a robot and alien at home, Naota tries to at least have a normal school life. The class is putting on Puss 'n Boots and Naota's playing the cat. And if that's not embarrassing enough, he's also sprouted ears like a cat. Meanwhile, class president Ninamori's been chosen to play the lead. And she's bossing Naota around, insisting he attends rehearsals. But behind the tough exterior, Ninamori's got her own troubles. Her father, the mayor, is involved in a scandal, and her parents might be getting a divorce...And of course there's got to be another robot!

Naota Steps Up to the Plate**

Though he's always carried around his brother's bat, Naota's never hit anything. Well, now that his brother's gone, it's Naota's turn to prove his worth. But the local baseball team doesn't seem to be doing so well. And what is Haruko doing playing for the other side? Dad's been acting very strange lately, as well. It all ends in a break down. But not before an unidentified flying object comes to town. The invading aliens have arrived. Looks like Naota's really gonna have to hit this one out of the park...and the town.