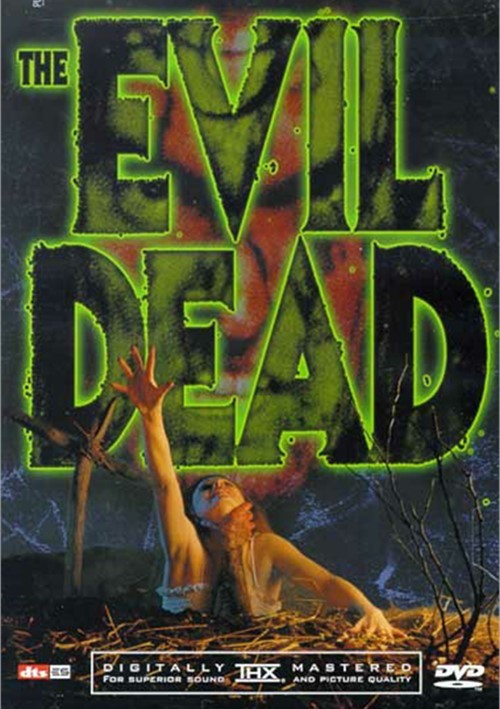 The Ultimate Experience In Grueling Terror Just Got Better.

In the summer of 1979, a group of Detroit friends with $375,000 raised from local investors headed for a cabin outside of Morristown, Tennessee to make a film about five college students possessed by an ancient 'Book of the Dead.' The filmmakers' goal was to create 'The Ultimate Experience in Grueling Terror,' a movie so relentless that it would stand forever as a landmark in modern horror history. When it was released in 1982, it was immediately recognized worldwide as one of the most ferociously original films ever made. Twenty years later, this is The Evil Dead like you've never seen or heard it before.

The Evil Dead is now more grueling than ever, featuring newly restored state-of-the-art digitally remastered picture and sound, and loaded with incredible extras, all personally supervised by director Sam Raimi. This is the Ultimate Edition of the legendary film that launched the careers of Raimi, producer Robert Tapert and star Bruce Campbell unleashed an unprecedented army of primitive screwheads upon the world and changed the face of horror forever!