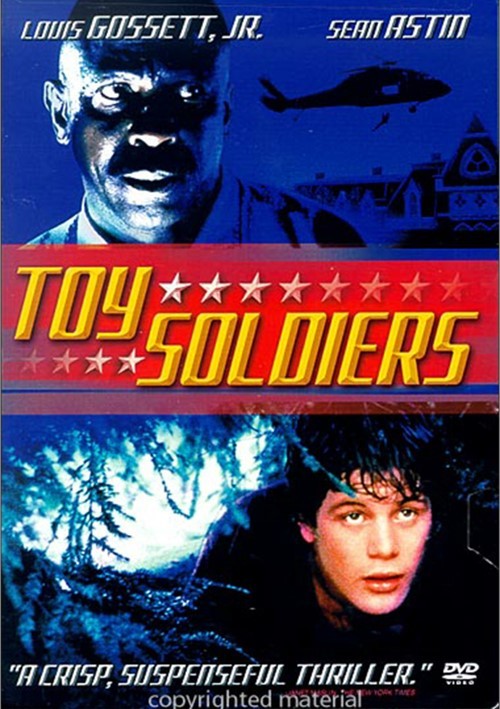 When an exclusive boarding school is taken hostage by South American terrorists, the rebellious students risk their lives in a desperate, deadly campaign to stop them.

The Regis School (better known as the "Rejects School") is where America's most powerful families send their wayward sons after they've been kicked out of the better prep schools. But faced with certain death at the hands of the terrorists, the toughest of the troublemakers surprise the dean (Academy Award winner Louis Gossett, Jr.) with a brilliant and daring plan to save their classmates. Led by Sean Astin, Wil Wheaton and Keith Coogan, the "Rejects" show their true colors, using both brains and brawn in a fatal race to defuse the terrorists' explosives. Packed with ingenuity, emotion and suspense, Toy Soldiers is "a gusty, thrill-a-minute, go-for-it action movie." (Pat Collins, WWOR-TV)