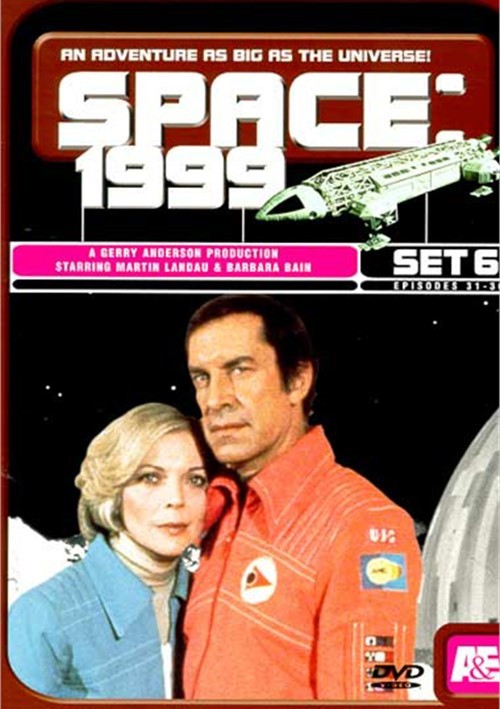 A&E Home Video proudly presents world-renowned producer Gerry Anderson's seminal 1970's sci-fi adventure series... Space: 1999. Set 6 invites you to "escape into worlds beyond belief" with the lost men and women trapped on Earth's Moon when it was blasted from Earth's orbit in the year 1999. This is their story, and your one-way ticket to adventure.

Witness the excitement of Space: 1999 as never before! Digitally remastered for a superior DVD presentation from the original 35mm elements! UNCUT, with 12 minutes of additional footage not seen in areas of the U.S. during original broadcast release! Combining elements of science fiction, adventure and fantasy, Space: 1999 has claimed a worldwide following - finding a life beyond its titled date and securing its place in the 21st century and beyond.

The Rules Of Luton

After the accidental slaying of a member of the dominant form of life on the planet Luton, Maya and Koenig are sentenced to battle for their freedom against other alien life forms who have committed the same crime. With the entire planet the arena of their combat, the two alphans will learn that respect for life in the universe comes without compromise, and no mercy falls under the watchful gaze of the Judges of Luton.

There is a legend about those who traveled space to spread the concept of peace and good will. Now, one thousand years later, unearthed from deep within Earth's traveling moon, Alan Carter will uncover the proof to sustain that legend as fact - living proof! Pandora's box has been opened, and, like the Mark of Cain - death is the prize!

A friendly hailing from space lead to the discovery of a lost expedition from Earth. With all the crew members dead, a lone survivor is welcomed aboard Alpha with the hope he can aid them in a possible collision with the same planet that killed all his fellow crew members. However, Brian has other motives that are more homicidal.

Amidst a heralding of trumpets and a display of light and color, HE appears! All Moonbase systems cease, except those HE wishes. John, Helena, Tony and Maya are chosen and are transported to a lush paradise... With his arms raised HE exalts, "For you this is the first day of Creation!" Now, how does one fight God?

The A B Chrysalis

The Moon is assaulted by destructive shockwaves at regular interviews, each time increasing in strength - proving there is an intelligence controlling them. Koenig, Carter, and Maya set out to determine their source, finding a planet with a ring of protective moons emitting powerful charges. But what - or who - are they protecting? Can the destructive f-rce be halted before the Moon is obliterated?

Catacombs Of The Moon

In the wake of concern over the failing health of his wife, Patrick Osgood (James Laurenson) is besieged by haunting visions of Moonbase Alpha consumed by a firestorm from space. His fanaticism peaks when he kidnaps his wife to seek the safety of the lunar mines - but is unyielding faith in the power of love enough to save them?