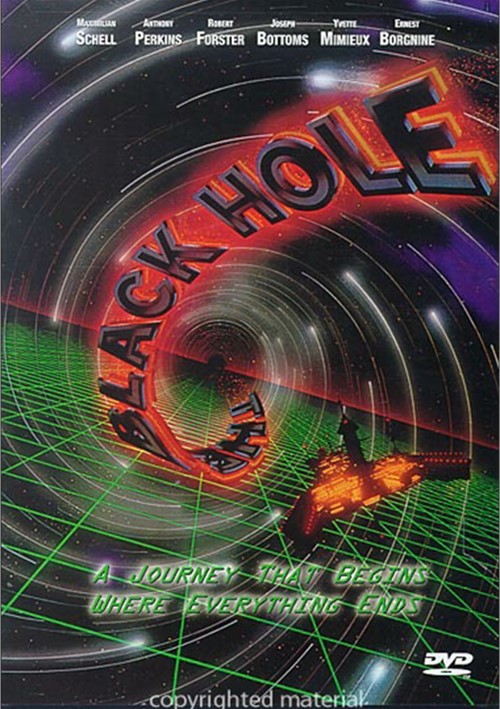 A Journey That Begins Where Everything Ends

The Epic Sci-Fi Adventure...Like You've Never Experienced It Before!

While completing their exploratory mission, the crew of the Palamino Space Probe discovers a long-missing space station poised on the edge of the universe. But when they investigate the mysterious U.S.S. Cygnus, they encounter an army of humanoid slaves controlled by a scientist with a frightening secret in his past...and an even more shocking plan for the future. Now the crew must escape this deadly vessel before its voyage into the most awesome f-rce in the cosmos, a vast vortex beyond imagination known as The Black Hole.

Maximilian Schell, Anthony Perkins, Robert Forster, Yvette Mimieux and Ernset Borgnine star in this landmark sci-fi epic, nominated for two Oscars for its stunning cinematography and visual effects. Now experience all the spectacular action and suspense of The Black Hole that takes you where no movie has ever gone before!