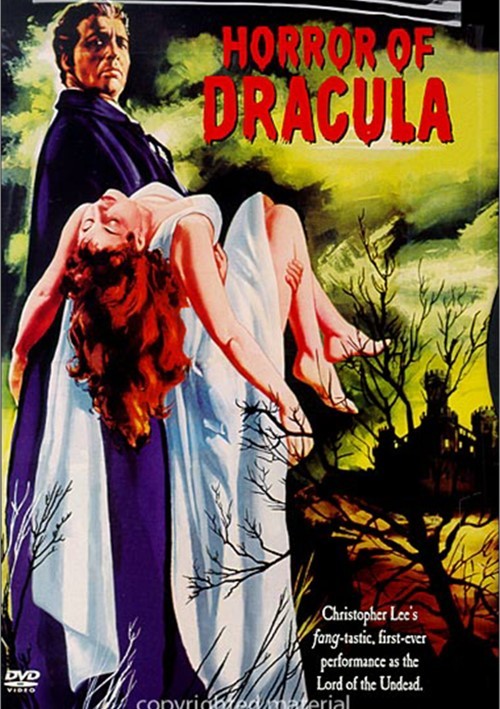 Christopher Lee's fang-tastic, first-ever performance as the Lord of the Undead.

Christopher Lee and Peter Cushing, Britain's premier masters of the macabre, bring the Horror of Dracula to vivid, full-color death in this retelling of Bram Stoker's spellbinding vampire tale. Dracula (Lee), a centuries-old nobleman damned to an eternal half-life, travels from his native Transylvania to London. In the lurid nightlife of his adopted city, he find new victims. He also finds Dr. Van Helsing (Cushing), a scientist who becomes the Count's implacable foe in a deadly game of bat-and-mouse.

The dread is here - as are the power and pathos of this genre landmark by which Hammer Studios ushered in a new era of screen chills from classic evildoers. Tremble through that era again. Unleash the horror.

Reviews for "Horror Of Dracula"