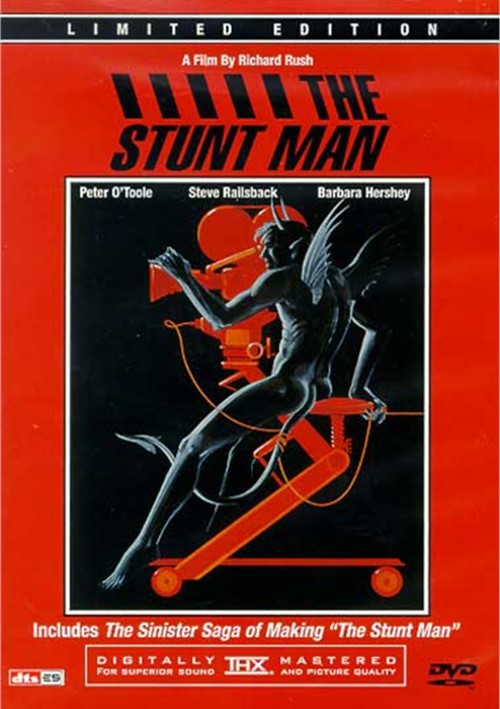 Includes The Sinister Saga of Making "The Stunt Man"

Vietnam veteran Cameron (Steve Railsback) is on the run from the police when he stumbles onto the set of a war movie directed by megalomaniac Eli Cross (Peter O'Toole). But when the young fugitive is f-rced to replace a dead stunt man, he falls in love with the movie's leading lady (Barbara Hershey) while trying to avoid getting arrested or killed. Is Eli trying to capture Cameron's death on film? And what happens to a paranoid stunt man when illusion and reality change places?

Released in 1980, this innovative comedy/drama/action thriller has become one of the most acclaimed cult hits of our time. The Stunt Man has been newly transferred from original negative materials and is loaded with exclusive extras, all personally compiled by director/co-screenwriter Richard Rush.