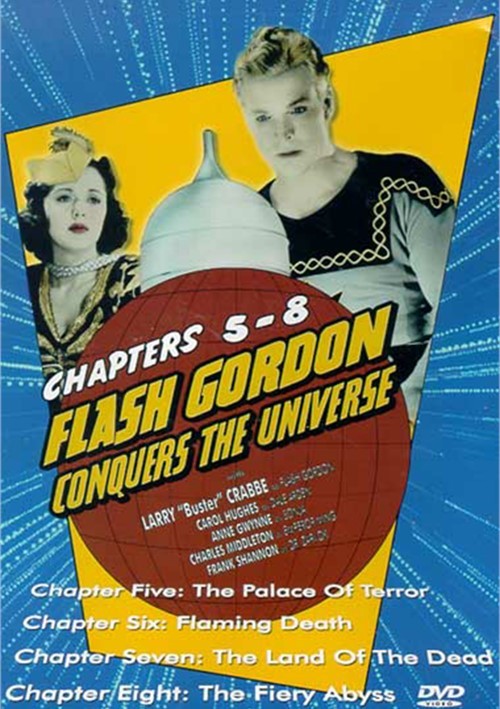 Flash reaches Mongo just in time to rescue Dr. Zarkov from Ming's chamber, but instead he, too is caught in the destroying ray and only at the last minute are they rescued. Zarkov is brought to Ming's throne room and agrees to use his genius to help Ming conquer the universe in return for his life. Instead, in Ming's lab, Zarkov teams up with Karm to break Ming's evil power. Zarkov has created a new Magnetic gun which will paralyze Ming's power plant. Meantime, Ming overhears and reveals to Aura that he has set a bomb for Zarkov and Flash. The bomb detonates and our heroes find themselves at the mercy of the Rock Men who threaten to kill them unless they find their King's son. Flash and Zarkov manage to escape from the caves and find the King's son. Flash sends Zarkov to inform the King, but Zarkov is delayed by a giant lizard. At that moment, Dale is being lowered into a fiery pit...

Chapter Five: The Palace Of Terror

Chapter Seven: The Land Of The Dead