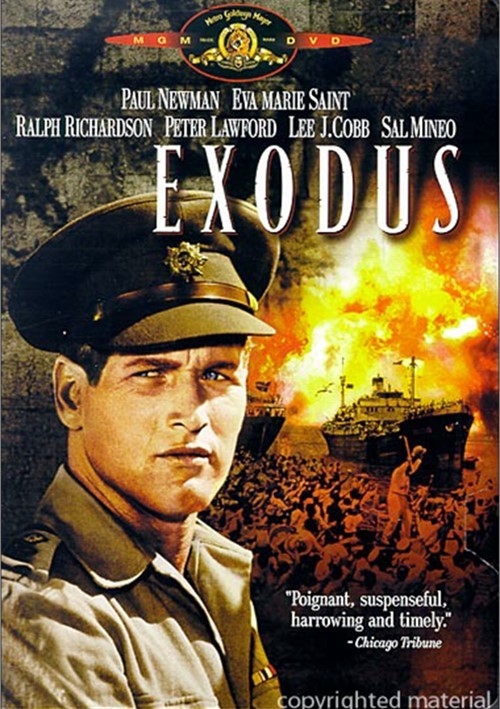 Inspired by Leon Uris' international best seller, this "extraordinarily moving" (The New Republic) chronicle of the rebirth of a people and the establishment of a nation is the ultimate experience in human drama. Nominated for three Academy Awards and winner for Best Score, Exodus is an "exciting, dramatic, scenic, panoramic, and deeply moving" (New York Daily News) masterpiece.

Ari Ben Canaan (Paul Newman), a commander of the Israeli underground, manages to lead 600 Jews from the detention camps of Cyprus onto a large freighter bound for Palestine. But British f-rces soon learn of his plan and insist that they turn back. Undaunted, Ari and his passengers refuse to give up, risking their lives for the greater cause of Israeli independence.