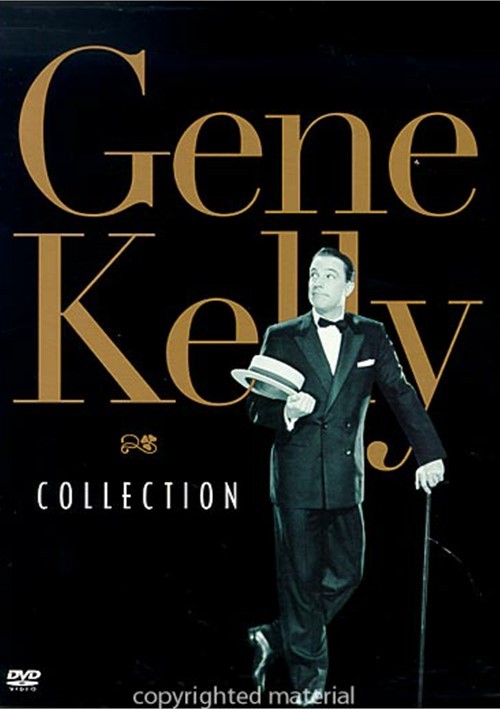 An American In Paris

Kelly plays an ex-GI who loves Paris and loves even more an alluring (but engaged) perfume-shop clerk (Leslie Caron in her beguiling screen debut). Dance sequences spun around Gershwin songs accent Kelly's romantic pursuit. And the final 17-minute ballet - combining the title symphony, Impressionist set stylings and Kelly's unique talent for telling a story in dance - lifts this winner of six academy Awards including Best Picture into the ether of timelessness. Love Is Here To Stay, Kelly sings. So Is An American In Paris.

New York, New York, it's a wonderful town - especially when sailors Gene Kelly, Frank Sinatra and Jules Munshin have a 24-hour shore leave to see the sights...and when those sights include Ann Miller, Betty Garrett and Vera-Ellen.

Co-directed by Kelly and Stanley Donen, based on the Broadway hit and set to an Academy Award winning adaptation score, On The Town changed the landscape of movie musicals, opening filmmakers' eyes to what could be done on location. And when brilliant location and studio production numbers are blended, it could be - as here - ebullient, up-and-at-'em perfection . The Bronx is up and the Battery's down, but no one can be down after going On The Town.

Silent movies are giving way to Talking Pictures - and a hoofer-turned-matinee idol (Gene Kelly) is caught in that bumpy transition, as well as his buddy (Donald O'Connor), prospective ladylove (Debbie Reynolds) and shrewish co-star (Jean Hagen). The musical masterwork Singin' In The Rain marks its 50th anniversary in this Deluxe Edition providing a downpour of celebratory Special Features that salute not just this all-time favorite but also the musical legacy of its producer, songwriter Arthur Freed.

Gene Kelly: Anatomy Of A Dancer

Everyone feels a connection with Gene Kelly. He's a guy's guy to men. To women, he's a knight whose shining armor is a T-shirt and khakis. And he solidifies that link with a vigorous, athletic way of dance he calls American Style. Gene Kelly makes us all feel like we should be dancing and singing in the rain.

The life and career of this innovator whose work includes Singin' In The Rain, On The Town and An American In Paris are recalled in this study of the driven genius - often narcissistic, always a perfectionist - who reenergized the movie musical and redefined dance on screen. Packed with marvelous clips and interviews with family and Hollywood colleagues, Gene Kelly: Anatomy Of A Dancer is the definitive look at a magical talent whose story has never been fully told until now.

Reviews for "Gene Kelly Collection, The"