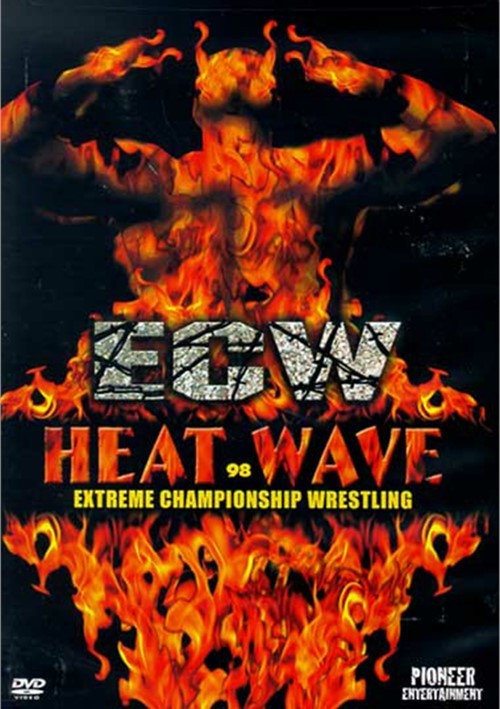 On August 2, 1998, the fiercest and most emotionally charged battles fought in the history of Extreme Championship Wrestling took place live for the world to witness. With tensions at an all time high, hardcore combatants collided at the Hara Arena in Dayton, Ohio during a virtual Heatwave unleashed in the name of violence and retribution!

ECW's most hardcore icons unite for a violent Street Fight where revenge and brutality meet under the explosive heat of a six-man battle fought in the memory of Beulah McGuillicuty!

The Orange and Black Attack steps into a scorching Death Match against the Triple Threat's behemoth to earn his shot at ECW World champion "The Franchise" Shane Douglas!

Bill Alfonso leads "Mr. PPV" and The Homicidal, Suicidal, Genocidal Whirlwind of Destruction against the best International competition Japan has to offer in a hard-hitting aerial classic that made headlines the world over!

Chairs, Tables, Hopes, Dreams, and Careers have all been decimated in the war between Masato Tanaka and Mike Awesome, but this chapter in a true World War redefines the word "Extreme!"

Once they were the top team in ECW, but now jealousy and hatred lead former partners Candido and Storm into battle... with each other! Not even the shocking appearance of Tammy Lynn Sytch can hope to soothe the blistering hatred between these former World champions!

Justin Credible and Jerry Lynn have spent the summer engaged in warfare for supremacy in Extreme Championship Wrestling. With both superstars poised for greatness, one last battle will determine who will make an Impact in ECW!