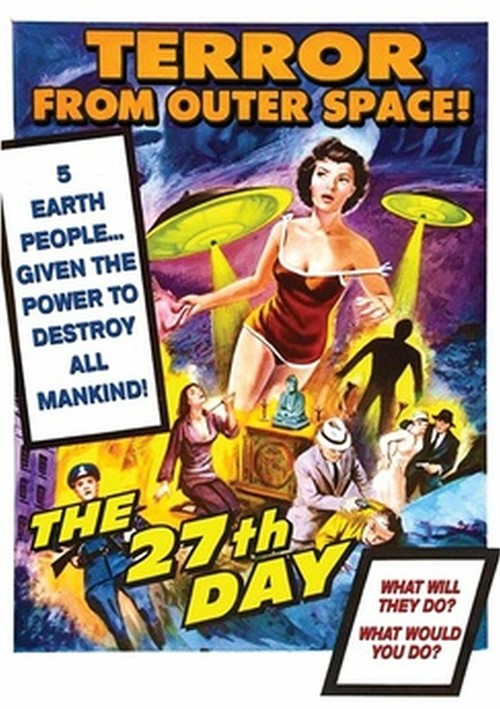 Gene Barry (War of the Worlds) stars in this unique, intelligent sci-fi thriller. Five ordinary humans are summoned by an alien (Arnold Moss, Gambit) who gives each a box containing capsules capable of killing millions of people. If they can refrain from using the capsules for 27 days, the Earth will be spared. Will they be able to stand firm, especially when word leaks out and a panicked and furious population starts to hunt them down? William Asher (I Love Lucy) directed this seldom-seen sl--per, adapted by John Mantley (Gunsmoke) from his own novel; the cast also includes Valerie French, George Voskovec, Paul Birch, Mel Welles and legendary voice actor Paul Frees in a rare onscreen appearance as a newscaster. Newly remastered.