Ballad of Don Lewis, The 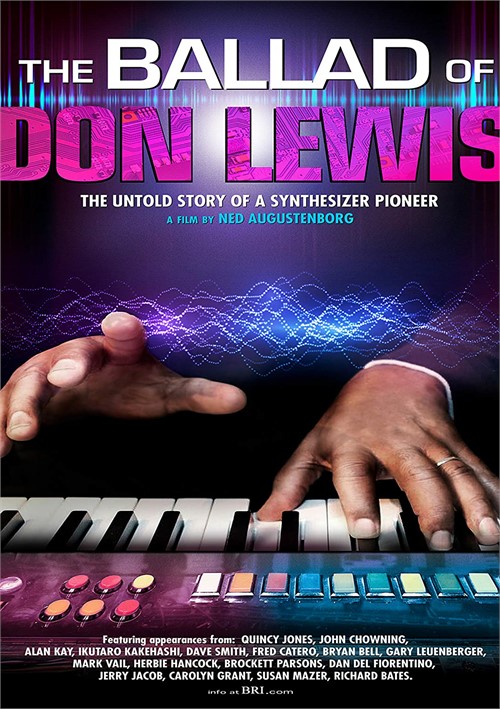 Ballad of Don Lewis, The

In the 1970's and 1980's, Don Lewis gained iconic status throughout the San Francisco live music scene while performing with a revolutionary instrument of his own design - LEO (Live Electronic Orchestra)... an innovative cohesion of synthesizers and sound modules which proved to be a decade ahead of its time. In addition to performing, Don worked as a sound designer/musician for the likes of Michael Jackson, Quincy Jones and the Beach Boys. But while his popularity continued to grow, the Musicians Union publicly protested his performances - claiming that Don Lewis was a threat to the future of the Musicians Union because of the technology he so passionately embraced and developed; bringing an end to his career and the instrument he was so inextricably tied to. In order to support his family, Don concentrated on an alternative career path, utilizing his skills as a concert artist and voicing programmer for Yamaha and Roland: eventually contributing to the success of such groundbreaking music products as the Yamaha DX-7 synthesizer and the Roland TR-808 drum machine. Twenty years after Lewis left the limelight, and placed LEO in storage, the two would be reunited and recognized for their historical contributions by The Museum of Making Music in Carlsbad, CA - now home to LEO. The Ballad of Don Lewis is the story of an American pioneer as he battled technological and social challenges, while attaining creative fulfillment during music's most exciting and inspiring era.

Review "Ballad of Don Lewis, The"

Reviews for "Ballad of Don Lewis, The"