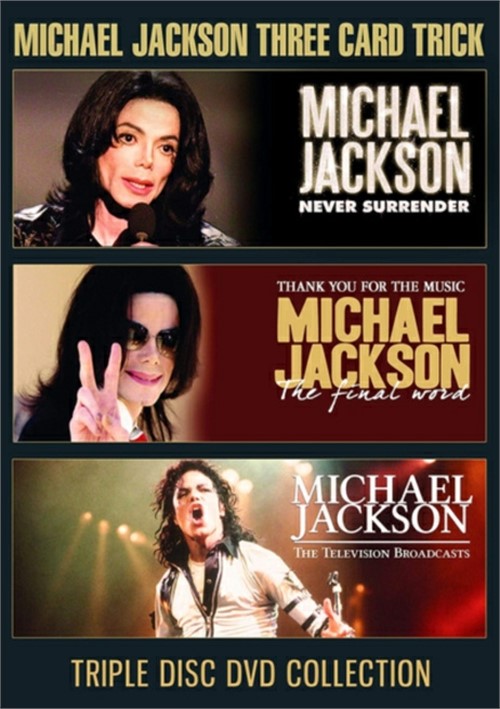 MICHAEL JACKSON - NEVER SURRENDER Critical review of Michael Jackson's complete career. Documents the life and career of the king of pop, from his entry into show business at the tender age of four, through his extraordinary life as the biggest - and arguably most eccentric - music star of all time. The film features previously unseen film footage, rare and exclusive interviews with those who knew him best, and contributions from experts and broadcasters. MICHAEL JACKSON - THANK YOU FOR THE MUSIC A filmed tribute to Michael Jackson, made shortly following his tragic death in 2009, this film celebrates the joyous and timeless music the great man created from his first recordings with the Jackson 5, through hit after hit from the seventies, the eighties the nineties, and the noughties, and in so doing tells the story of a true pop genius, the way it really happened. All set to a backdrop of Jackson's music, tracks include; I Want You Back, Ben, Off The Wall, Rock With You, Billie Jean, Beat It, BAD, Man In The Mirror, Black Or White, You Are Not Alone, Earth Song and many others. MICHAEL JACKSON - THE TELEVISION BROADCASTS A selection of stunning TV appearances from Michael Jackson, in both interview and musical performance, the track-list includes his work with the Jackson 5, numerous solo musical clips, plus Jacko in conversation at various junctures during his sadly short career.