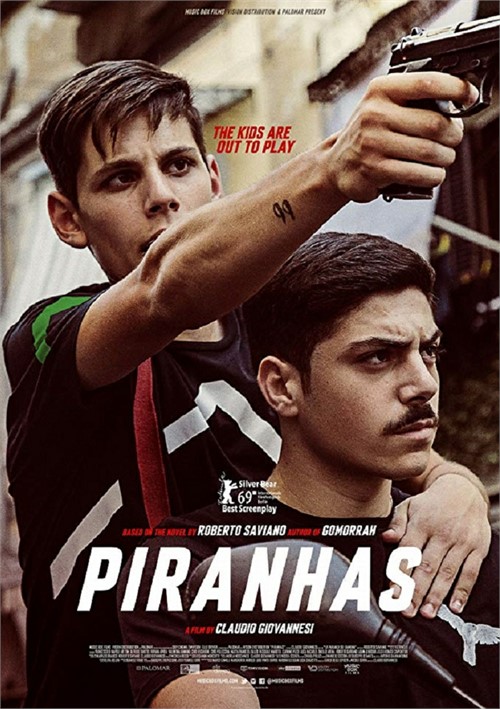 Though it's not an explicitly gay-themed film, there is a lot of homoeroticism in this tense, expertly-made coming-of-age crime drama. Based on the novel by Roberto Saviano (Gomorrah), Piranhas follows fifteen year-old Nicola (newcomer Francesco Di Napoli) who lives with his mother and younger brother in the Sanita neighborhood of Naples, a place that has been controlled by the Camorra mafia for centuries. Dreaming of a life lush with designer clothing and elite nightclub bottle service, Nicola and his group of friends begin selling drugs, an entryway into the violent, power-hungry world of crime that begins to threaten their innocence, relationships, and safety of their families.