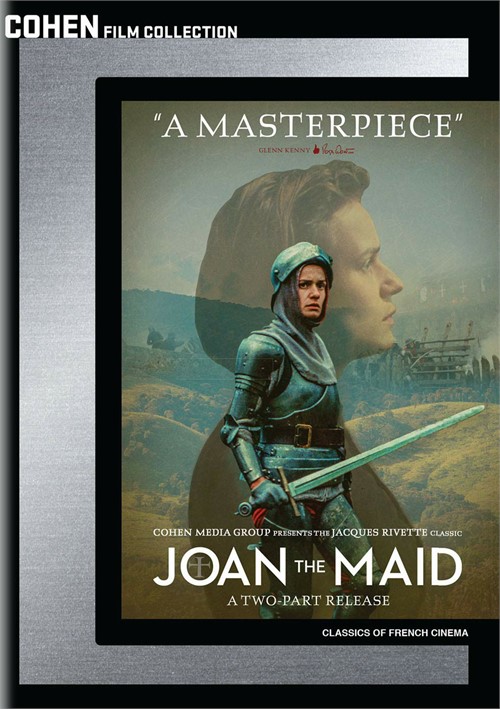 Cohen Film Collection presents the new 4K restoration of Jaques Rivette's ambitious two-part historical epic starring Sandrine Bonnaire. For Joan the Maid: The Battles, the first installment of his ambitious yet restrained two-part study, director and co-screenwriter Rivette surveys the revelatory period where Joan met with royalty, joined the army, and led the French into battle against the English. As Joan, Sandrine Bonnaire gets at the reality behind the legend, showing the matter-of-fact courage of a teenage girl. Joan the Maid: The Prisons, the second part of Rivette's diptych, brought leading lady Bonnaire a Csar Award nomination for her powerful performance, as she plays out windows in the final two years of Joan's life, from the battlefield victory, to prison life, to the stake.