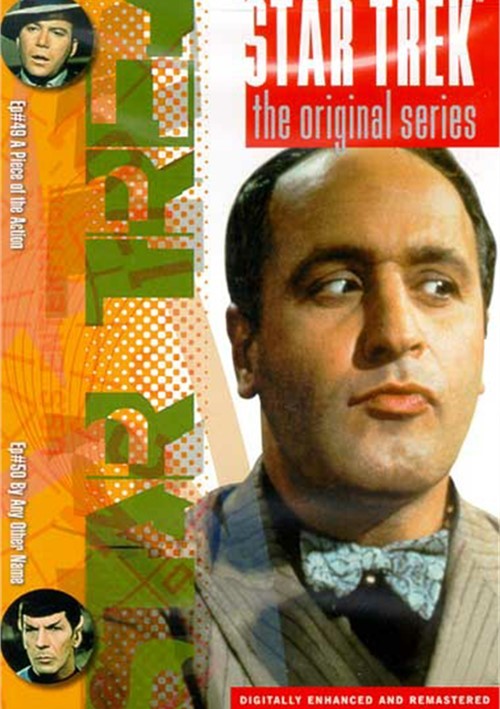 It's been 100 years since the U.S.S. Horizon visited the planet Iotia. What have the natives been up to? Kirk and the U.S.S. Enterprise crew quickly learn when they arrive to check on the planet's progress. The Iotians have developed a civilization based on a book the Horizon crew left: Chicago Mobs of the Twenties. Suddenly, Kirk and company are in the midst of a planetwide gang war!

Answering a distress call, the U.S.S. Enterprise crew find themselves lured into a trap by the Kelvans, aliens from the Andromeda galaxy who have assumed human form. The Kelvans commandeer the starship, reduce the crew to crystalline blocks, and head for Andromeda, where they plan to organize their race and take over the Milky Way galaxy. Can Kirk and Spock save not only the U.S.S. Enterprise, but their own galaxy as well?