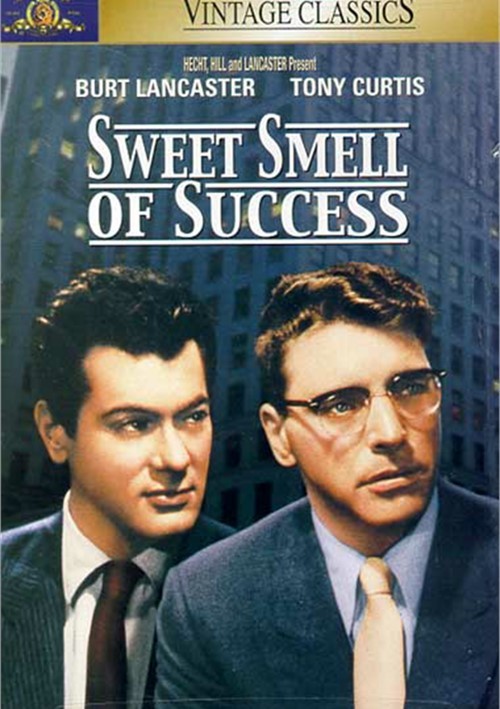 A powerful film about a ruthless journalist and an unscrupulous press agent who'll do anything to achieve success, this "fascinating, compelling story" (The Hollywood Reporter) crackles with "taut direction and whiplash dialogue" (Time Magazine). Bristling with "vivid performances" by Curtis and Lancaster, this gutsy expose of big-city corruption is a timeless classic that cuts deep and sends a chilling message.

It's late at night in the steamy, neon-lit streets of New York's Times Square, and everything's buzzing with nervous energy. But press agent Sidney Falco (Tony Curtis) is oblivious to the whirlwind of street vendors, call girls and con men bustling around him as he nervously waits for the early edition of The Globe. Whose career did gossip columnist J.J. Hunsecker (Burt Lancaster) launch today... and whose did he destroy?

Reviews for "Sweet Smell Of Success"