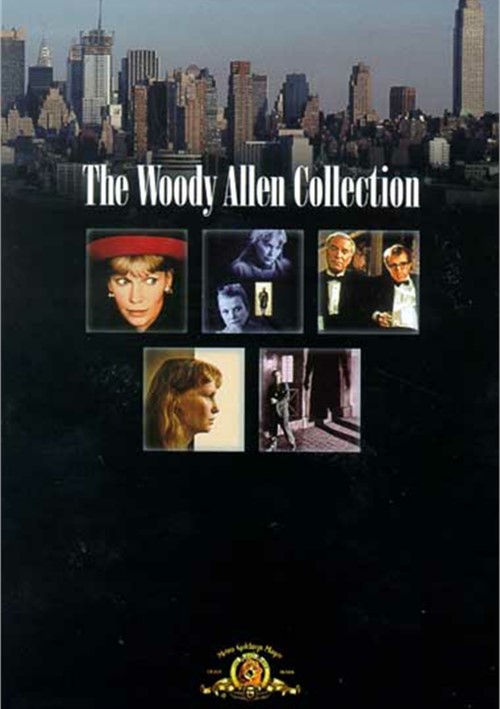 For 16 years, Alice Tate (Farrow) has been ignored by her husband (Hurt), spoiled by wealth and tranquilized by boredom. But when she unexpectedly falls for a sexy musician (Mantegna) and impulsively consults a mysterious Chinese herbalist for advice, Alice begins a madcap journey into a strange new world of possibilities. But as she begins to realize who she is and what she values, Alice must also confront her deepest fears and decide how far she'll go for love... and what she'll risk to change her destiny.

Intelligent, accomplished and happily married, Marion (Rowlands) considers her life fulfilling... until a chance encounter with a troubled stranger (Farrow) offers her a brief but piercing glimpse at her inner emptiness. Drifting in a loveless marriage and denying her feelings for another man (Hackman), Marion is shocked when she accidentally learns of her husband's (Holm) infidelity. Taking this as a sign to change her life, Marion confronts the true depth of her own emotional hunger... and the frightening intensity of a passion she has ignored for too long.

Cliff Stern (Woody Allen) is an idealistic filmmaker... until he's offered a lucrative job shooting a flattering profile of a pompous TV producer (Alan Alda). Judah Rosenthal (Martin Landau) is the pillar of his community... until he learns that his ex-mistress (Anjelica Huston) plans to expose his financial and extramarital misdeeds. As Cliff chooses between integrity and selling out, and Judah decides between the counsel of his rabbi (Sam Waterson) and the murderous advice of his mobster brother (Jerry Orbach), each man must examine his own morality, and make an irrevocable decision - that will change everyone's lives forever.

After a devastating nervous breakdown, emotionally fragile Lane (Farrow) has returned to her childhood home in Vermont to recuperate. Buoyed by a summer romance with neighboring writer Sam (Waterson), Lane is soon determined to leave Vermont and start a new life. But when Sam's affections mysteriously cool and Lane's over-bearing mother arrives with a shocking announcement, Lane finds herself suddenly tangles in a destructive web of passion, deception and manipulation. Now her only way out of her emotional tailspin is to confront the fear she's never escaped... and a terrifying secret that has haunted her life.

Recruited by an inept mob of vigilantes, Kleinman (Allen), a cowardly clerk, is f-rced to search for a notorious murderer - only to stumble upon a feisty sword-sallower, Irmy (Farrow), running away from the circus, and her 'clownish' boyfriend (Malkovich). Determined to help Irmy, and eager to escape the vigilantes, Kleinman abandons his search for the killer... or so he thinks. Rushing headlong into the odious nigh, Kleinman and Irmy are launching into a mysterious world of shadows and fog... from which they may never emerge.

Reviews for "Woody Allen Collection, The (5"