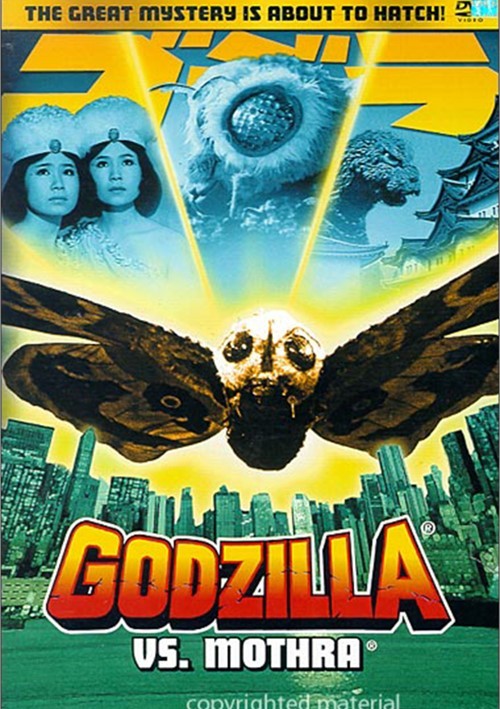 The great mystery is about to hatch!

A giant egg washes ashore in Japan and becomes an instant tourist attraction, the only problem is, it belongs to a giant butterfly-like creature from monster island named Mothra - and she wants it back!

When the island's tiny twin Mothra priestesses seek its return from greedy businessmen profiting on the egg, Godzilla suddenly appears and threatens to take out Japan and the egg. Now, the people of Japan need Mothra to help them get rid of Godzilla and beg the girls for help. Will Mothra's people help after years of nuclear testing destroyed their beautiful island? Can Mothra destroy Godzilla? What's in the mysterious egg that's ready to hatch? All this and more awaits you from this 1964 classic, considered to be one of the most exciting Godzilla films ever made!

Reviews for "Godzilla vs. Mothra"