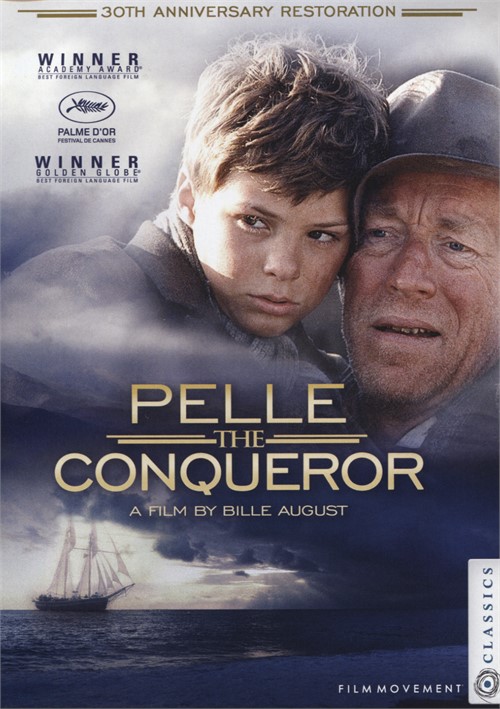 Lasse (Max von Sydow), an elderly and widowed farmer, and his young son, Pelle, join a boat-load of immigrants to escape from impoverished rural Sweden to Denmark's Baltic island of Bornholm. They are employed at a large farm in Denmark, where they are treated as the lowest of the low. It is ultimately their loving relationship which sustains them through a difficult year. Max von Sydow was nominated for an Academy Award for his performance and Pelle the Conqueror won Academy Award for Best Foreign Language Film 1989, the Palme d'Or at the 1988 Cannes Film Festival and the Golden Globe Award for Best Foreign Language Film.